let's be honest- I don't have supermom skills 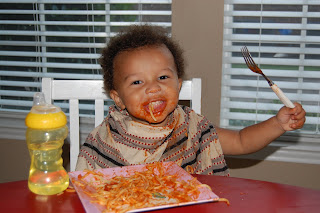 I spent three days watching my cousin's kids while she went on a business trip. Usually she works during the day and her husband works at night. When Loretta has to go out of town for work, their delicate family balance gets thrown off. Since we moved to Houston, I have been able to take care of the kids several times when Loretta has gone on work trips.

So I spent my days this week making meals that were mostly left on the kitchen floor, cleaning the house and then cleaning the house again, answering the same questions over and over again, stopping fights and tantrums, putting kids to sleep for naps and then trying to get them to stay in bed at night, changing stinky diapers and then changing diapers again, helping with sidewalk chalk art while applying bug spray, taking the kids to the pool (a major ordeal involving trying to remember to bring swim suits, towels, sunscreen, bug spray, treats, water, swim diapers and another diaper for after swimming) and then trying to convince the kids that it was time to leave the pool because my pale skin was turning into boiled tomato.

It was wonderful to see their simling faces and hear them laugh but by the end of each day, I was tired and worn out and yet still most of the things I had on my to-do list were not done. Going to the grocery store was in itself a major task. When I talked to my dad on the phone yesterday, I said that I had decided that, instead of wanting to be mother so badly, I have now decided that I want to skip directly to the grandparent part. We could just adopt adult children who are already self-sufficient, post-pubescent, and potty trained. They would have cute kids that we could visit but not be directly responsible for all of their actions.

But the best part of the day was when Lonnie would come home from work. The kids screamed and jump up and down, yelling his name. Lonnie chased them around the house as they yelped with delight. Their playing eventually wore them all out. Together, we gave the kids a bath and put them to bed. I sometimes joined in the pretend roughhousing fun but mainly I just sat and looked at my wonderful, patient, fun loving husband, regained my strength, and I felt like I wanted to be a parent.

I also realize that I can't do this alone. I'm not going to wake up one day with the skills of a supermom. Learning to be a great parent will be a process. But luckily I work on a team, and together I think Lonnie and I will be pretty good parents. 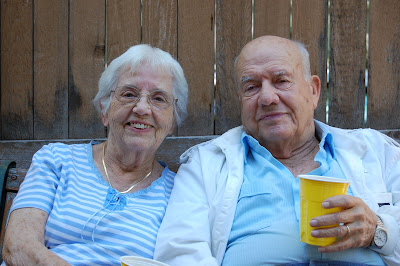 My grandparents, Norma and Wally. This year my grandpa will be celebrating his 90th birthday, grandma will be celebrating her 85th birthday, and most importantly they will be celebrating their marriage of 65 years. They are still so in love. They hold hands when they walk and like to snuggle. They have so much fun together. They told me that they still have stories to share even after 65 years of marriage. My grandma told me they are so used to each other that not being in same room makes them feel uncomfortable. They like to dress in matching outfits so that "people know we go together". They have four children, fourteen grandchildren, and fifteen great-grandchildren so far.

I was able to spent some time with my grandparents last week. My dad and I took grandma and grandpa on a sightseeing tour off all the places they used to frequent when they were in love. We drove to the house where he grew up and areas of the University that he frequented, including his old fraternity house. We even went to the candy store where grandpa used to buy grandma chocolates that grandma claims "sealed the deal" when they were dating. Grandpa even bought me some chocolate.
-Alisa
Posted by rusted sun at Sunday, July 08, 2007 3 comments: Links to this post