So I've been meaning to give an update on our family lately, but things have been a little busy. In mid-August, we had two trips back-to-back. The first was an unexpected trip to San Diego when Alisa's grandfather passed away. He was 91 and didn't suffer much with poor health until the last couple of years, so the funeral was a chance to be with Alisa's family and show support to her grandmother.

A couple of days after returning from San Diego, we took off to Hawaii where we spent a week on the North Shore of Oahu with Alisa's family. We had a great time, even if Maya and Max weren't all that impressed with Hawaii and probably would have rather stayed home and slept a normal schedule. Max did enjoy eating a bunch of sand at the beach, which then came out the other end and ripped him a new one. It would have been nice if he learned his lesson, but he still wants to eat everything in sight. Alisa loved the trip because there were plenty of people to help watch the kids, so she felt like she got a break from full-time motherhood. I, on the other hand, was overworked with chasing two little ones and keeping them from drowning in the pool or cracking their heads on concrete stairs, but who can complain about a trip to Hawaii?

The main big ongoing update for us is that there is a really good chance we'll be moving to Auckland, New Zealand in January. I've talked with some of you about it, but I'll give some background for those I haven't talked with. Of course, you all know that we had been looking at transferring to Brazil. Early this year, the management in Brazil said they were very interested in having me transfer to Sao Paulo, but they were concerned about the effects of the economic crisis on their business. In June, they finally said they couldn't make a transfer happen this year. Alisa and I were kind of expecting that to happen, so we had talked about looking at international opportunities in other locations besides South America.

At about the same time, I was made aware of an opportunity to potentially transfer to Auckland with my company. My former supervisor had transferred from Houston to Brisbane, Australia in April, and he emailed me as soon as he knew that our office in Auckland might need help. So from June until August, I had a few phone conversations with the management of the Auckland office to discuss my interest and hear about their projects and staffing needs.

By late August, the Auckland office decided that they definitely needed to add staff, and they indicated that they needed to go through an interview and talk with my current supervisor, with whom I had already discussed the situation. We were finally able to set up the interview about 10 days ago, and it went well. They let me know last week that they just need to talk with my supervisor and then get approval to finalize the transfer. I expect we'll finalize the transfer by the early October, and I've already talked with them about a January time frame to begin work in New Zealand. That way, we'll be able to spend Christmas in Utah and maybe figure out a way to visit Tennessee before we move.

The plan is to work in Auckland for 3-4 years and then move back to the U.S., hopefully some place in the West although we'll have to see what is available at that point. Since we've been looking at Auckland, we've been excited at the thought of living there. It's definitely far from here or Utah, but we think it will be a really fun place to explore for a few years.

Anyway, I wanted to write a little update on that situation. I'll let you know when we know for sure, but right now I'd say it's 95% that it will work out.

Take care,
Lonnie
Posted by rusted sun at Wednesday, September 23, 2009 No comments: Links to this post 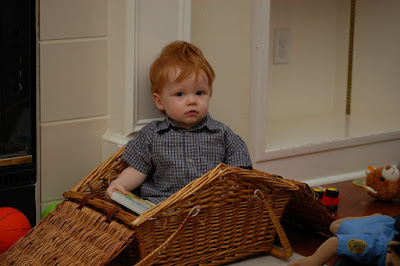 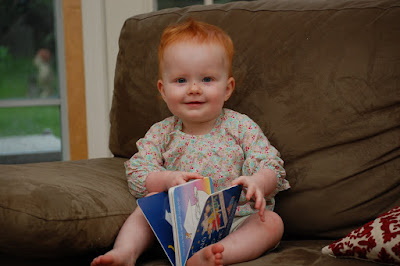 Posted by rusted sun at Tuesday, September 22, 2009 2 comments: Links to this post 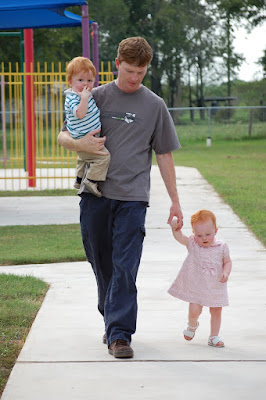 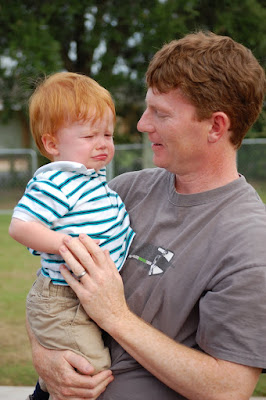 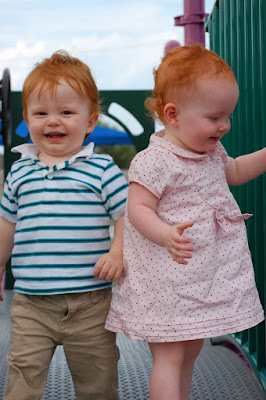 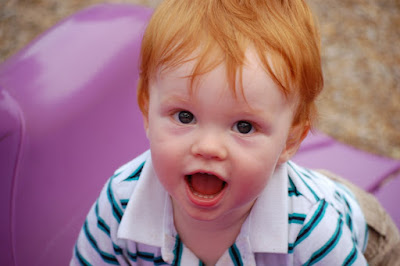 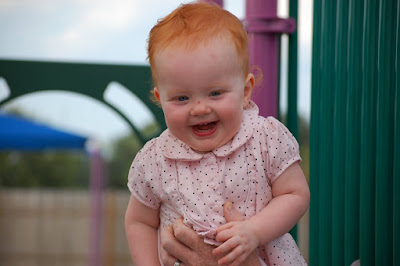 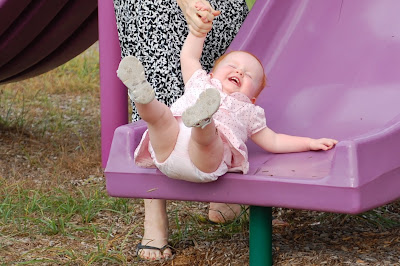 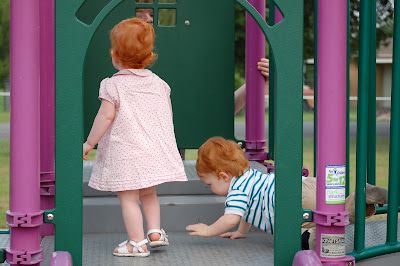 On Sunday afternoon, at the end of a great family weekend, we went for a relaxing drive and decided to stop and let the babies get out a move around a little bit (ok...so they demanded that we let the out).

We have had a wonderful anniversary weekend. Four years ago Lonnie and I were married. I am more in love with him today that I was then. To celebrate our anniversary we spent a night away from the kids. Our fabulous friends (who shall not be named in an effort to keep them from being over-run by other parents, but we will add that we, especially the kids, love these two fabulous women) graciously agreed to watch our sweet ones on Friday night and Saturday morning so we could get away. The kids seemed to have a great time and as far as we know didn't complain about having us gone.

Lonnie and I stayed at a great hotel in downtown Houston, right near the Theater District and went out to a nice dinner. It was a nice relaxing break knowing that the babies were being well taken care while we had a night off from our parental responsibilities. Unfortunately this was running though my head all night long. I guess I wasn't able to turn the mom-switch all the way off.

We arrived home on Saturday during the babies morning nap. They were pretty excited to see us when they work up, but didn't seem to have missed us at all.
Posted by rusted sun at Tuesday, September 22, 2009 2 comments: Links to this post