kiwi word of the week

Tea- Tea, as in the drink made with leaves, but also is used as generic name for a small meal.
Yes, I know what you are thinking, you already know the word tea. I thought I did too. But then I started hearing it used all the time in situations that didn't make sense, especially when referring to children. After singing time at church, we give the kids their morning tea. No actual tea involved, but the kids are given biscuits (cookies), crackers and fruit.
If you are a Lord of the Rings fan you probably know that the films where made here in New Zealand. You are probably also familiar with the hobbits reference to second-breakfast. We found it quite funny that Kiwis actually do have more meals in the day than we knew about. There is breakfast, of course, then morning tea, lunch, afternoon tea and then dinner or evening tea.
Example: “Mum what’s for tea tonight?”
Posted by rusted sun at Friday, June 04, 2010 2 comments:

walking to the park

Come with us on our most common walk...down to the park across from the ferry that Lonnie takes to work....
First we pass the bowling green with a view out to Ngataringa Bay out to the North. 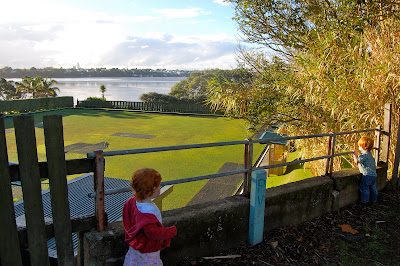 Then we see the city of Auckland to the South. If you look in this next photo, just beyond the tree there is a little blue shelter and a dock, where Lonnie catches the Stanley Bay ferry back and forth to work every day. 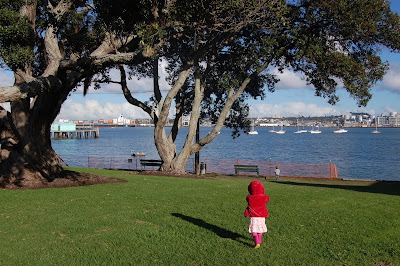 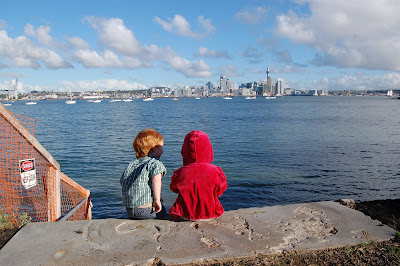 I couldn't help but take a cheesey photo of the kids with Auckland in the distance. 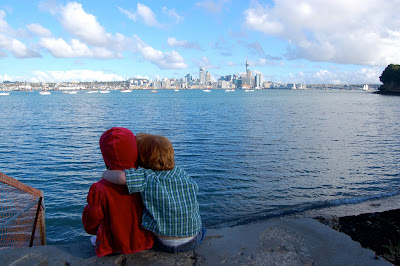 Then we cross the street and play at the park. 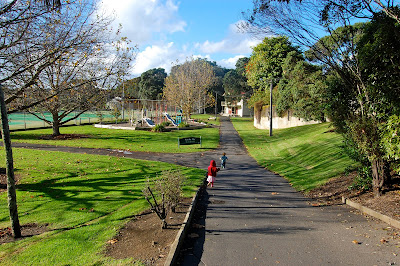 This post is for my friend Alisa (no I am not referring to myself, but another Alisa, who I strangely have a lot in common with). 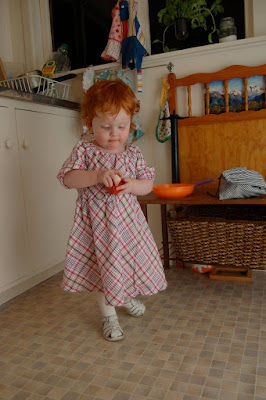 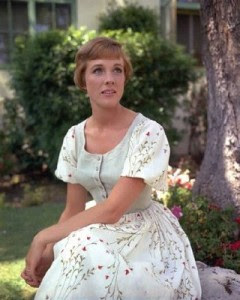 This dress of Maya's reminds me of the dress Julie Andrews wore to the party in The Sound of Music.

My kids tend to be pretty adventurous eaters so far. Of course, they have their moments, but for the most part they are willing to try just about anything I offer as long as I am eating it too. We pretty much follow the rule that I decide what, where and when they eat and they get to decide how much they want to eat. Meals aren't always smooth and the kids aren't always thrilled with what they are offered, but I must give them credit for not always demanding "kid-food".
Max and Maya especially love Thai food or just about anything with rice or noodles, veggies and sauce.
Yesterday I found Maya eating a tomato. I had put them on the counter while I was cleaning out the fridge. She seemed to be enjoying it so I just let her keep eating it. 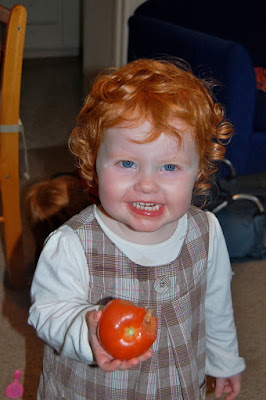 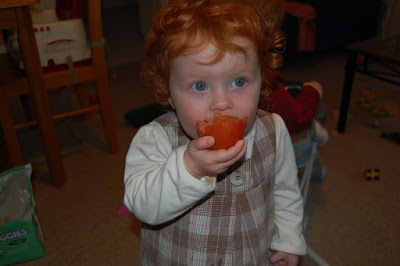 She offer it too Max, but he wasn't quite as convinced that it was something he wanted to eat. 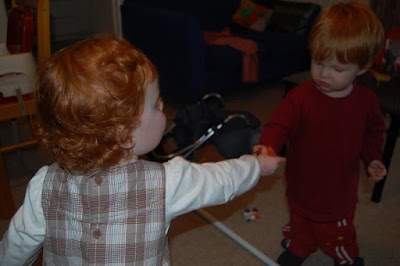 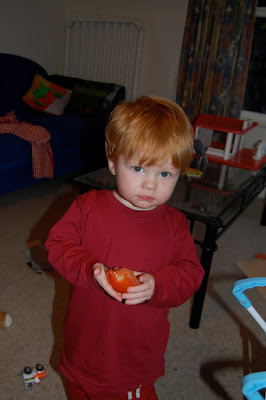 Yesterday I knocked the mirror off the car by hitting a trash car. It is going to cost about $NZ400 (about $280) to get it fixed. When I called to tell Lonnie he didn't get the least bit angry or frustrated with me. He was just glad that no one was hurt. I'm grateful for a kind and forgiving husband.

We went on a nice little hike with the kids in backpacks on Saturday. The kids were thrilled to be carried and Maya kept saying pack-pack. The trail was about a 15 min drive from our house. It led through forested hills down to a beautiful private bay. The trail was very well maintained. And the hike was easy, even with the kids on our backs. It would be a great for kids, maybe a couple years older that our two year old twins.

Unfortunately I forgot to put the SIM card back in the camera, so we don't have any photos. But I wanted to put this on the list of things to do with kids in Auckland.

"The park is accessible off Onetaunga Road, and has walks that take you to the tranquil beach of Kendall Bay. Several lookouts afford good views of the harbour. Here is the only remaining example of a fortified pa on Waitemata Harbour. Some of the land was originally owned by Sir John Logan Campbell. Much of the land was taken for harbour and defence purposes earlier this century. In 1987 22 hectares were purchased from the Harbour Board to form the present park. Wetlands and regenerating native bush are a feature."

http://www.birkenheadnorthcote.org.nz/kpcp.php
Posted by rusted sun at Monday, May 31, 2010 No comments: