Russell is about a three hour drive from our place in Devonport. We left as soon as the kids woke up Saturday morning. The drive was beautiful. The kids liked seeing all the cows and sheep along the way. As long as they have books, blankets, and water and we are willing sing several verses of Old McDonald, the kids tend to be quite happy travelers. 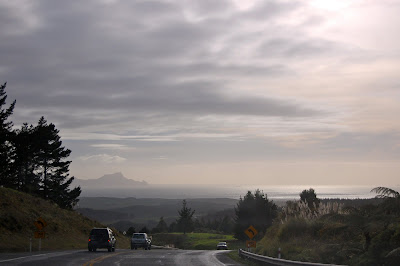 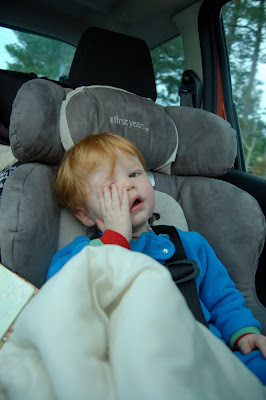 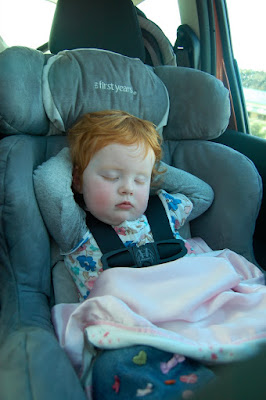 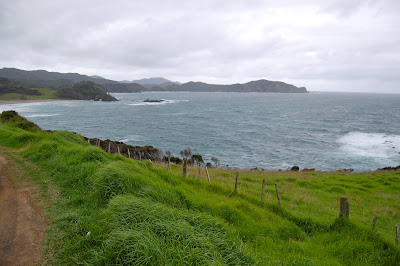 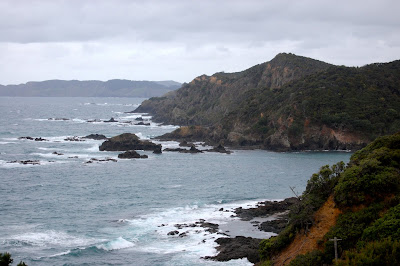 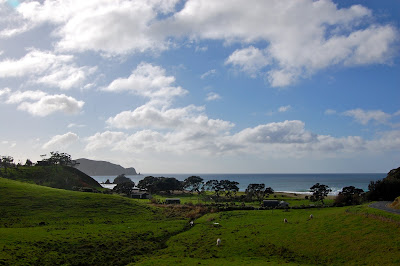 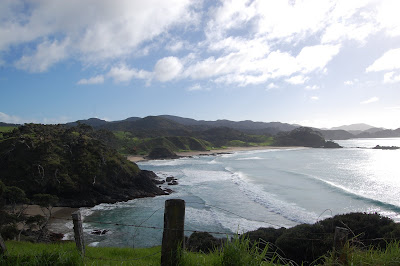 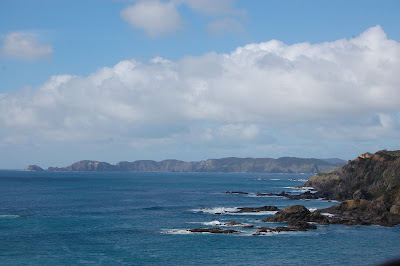 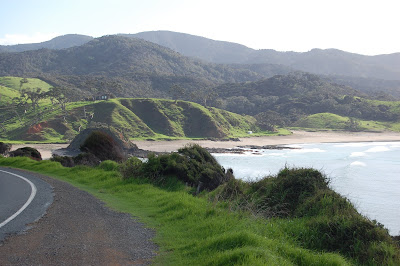 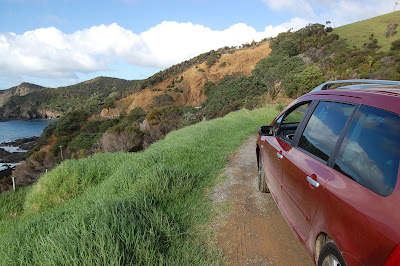 Yes, we still have many more photos from our trip to The Bay of Islands.

It was wet and windy when we arrived in Russell. Saturday night there was a big storm that lasted though Sunday. We spent a lot of time driving around, which was fine, because there was so much to see. New Zealand really is an amazingly beautiful place. 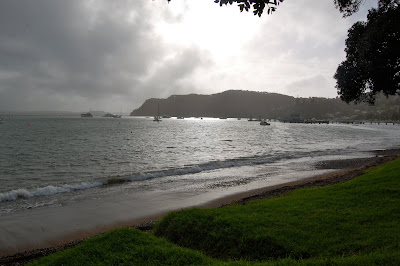 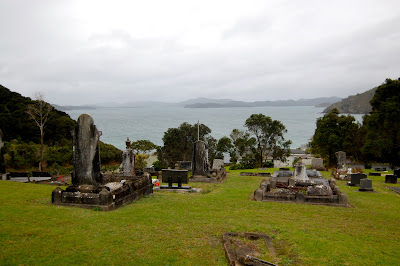 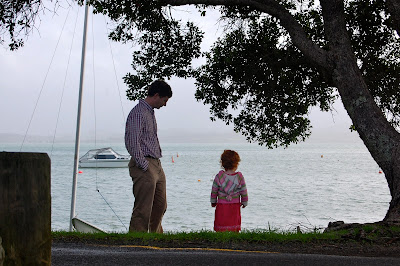 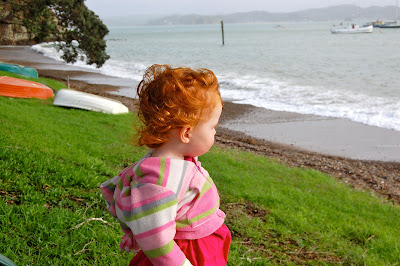 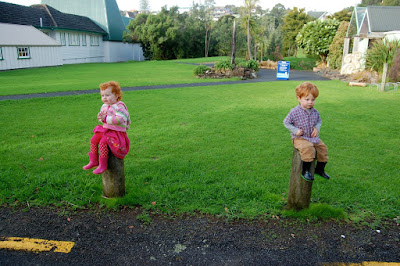 We went to church in a small branch in Pahia. Everyone was nice and friendly, but the chapel was small and Max was not interested in keeping quite. Some Sundays are harder than others, this one was particularly hard. 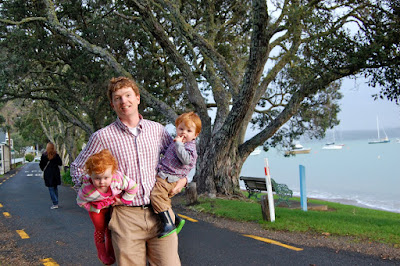 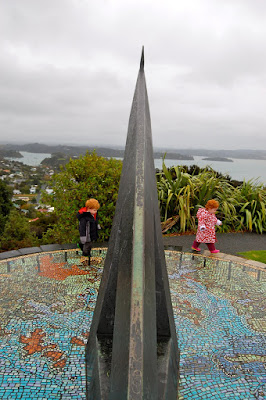 Finally on Monday the skies cleared and we were able to get a good view out into the islands. 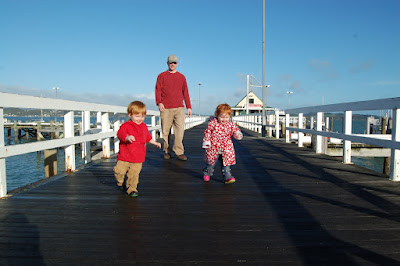 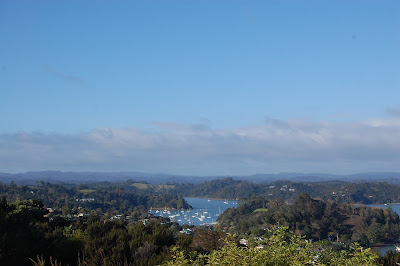 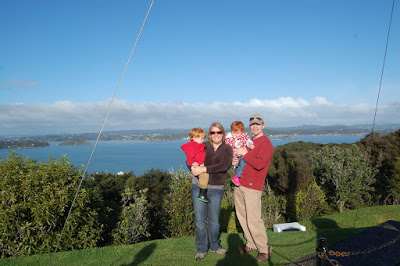 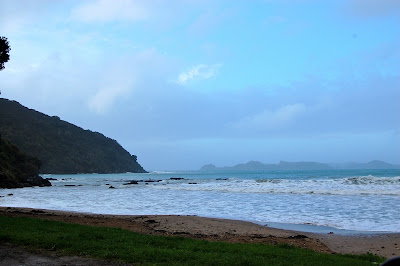 Posted by rusted sun at Thursday, June 10, 2010 No comments: Links to this post

About the middle of last week, I realized we were coming up on a long weekend. I'd never had The Queen's birthday off, and I didn't want to miss out on a chance to get out and see more of New Zealand. On a whim, I went online and found a bach (cabin) in the Bay of Islands and emailed the owner. He called back right away and said that the place had been occupied for the last year, but it is now empty and he is getting ready to sell it. He wasn't really even sure of the condition of the place, but he was willing to rent it to us for the weekend for almost nothing. I called Lonnie, and he said he was willing to go on the adventure.
The weather wasn't perfect for a sight-seeing weekend. Saturday and Sunday were quite drizzly but thankfully not too cold. The drive to Russell was still beautiful, and we didn't hit any traffic thanks to all those who stayed home because of the rain.
In retrospect, Lonnie decided he would have rather have paid the extra money for a motel. The bach was nice enough but lacked clean water, furniture, and had a lawn mover in the front room as well as a leak in the roof. I, on the other hand, enjoyed the adventure. Sure, we came home dirty and smelling of campfire, but we also ate foil dinners and had a real Kiwi holiday. The kids probably would have enjoyed a little less noise during the big storm on Saturday night, but they loved chasing the ducks on the property. 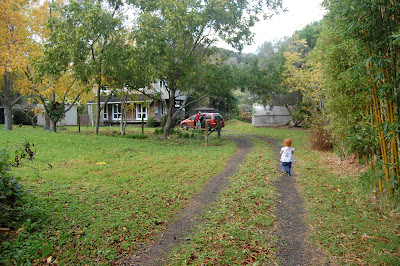 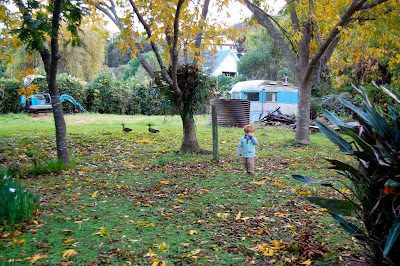 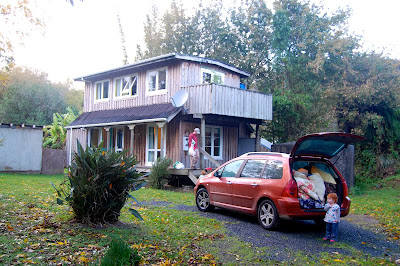 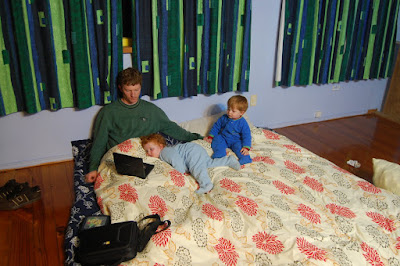 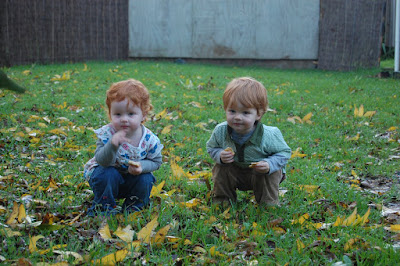 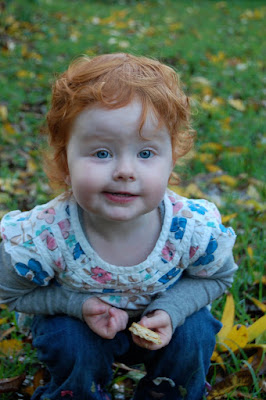 We got back last night from a long weekend in the Bay of Islands. It was an adventure. We took tons of photos.
But....
I just finished putting up all of last weeks posts....so take a look back there is probably something you missed....because I didn't post it when I should have....
and then come back tomorrow and I will start posting out trip. I promise you won't be disappointed. :)
Posted by rusted sun at Tuesday, June 08, 2010 No comments: Links to this post