Available at the local grocery store:
Shopping carts with double seats set aside especially for twins.
Wonderful cheese and milk
Pretty good ice cream...its not Blue Bell, but it is cheaper.
Flour tortillas, again not like Texas, but at least they have them

Not available:
Dried beans other than lentils.
Boneless, skinless frozen chicken
Cereal with out raisins (other than Cheerios)
Refrigerated eggs, they are kept on shelves near the bread
Cheap mangoes (I know I'm not on the right latitude, but I think that islands should have mangoes)
Posted by rusted sun at Friday, March 05, 2010 No comments: Links to this post

Lest you think our life a little too idyllic, the kids had ear infections and a raspy cough.

After dealing with fussy kids and hoping they would get better, I took them to the doctor this morning. About two weeks ago, we registered with a local doctor, who was recommended by our neighbor Kate. I call the office this morning at 8am and set up an appointment for 9am (they said I could have come in sooner, but that was the soonest I could get us all fed and dressed). I waited for less than 10 mins in the waiting room and was then invited to the doctor's office by the doctor himself. His examining room and office were in the same room. He watched the kids playing with the toys in the room for a while, asked a couple questions about what bought us to New Zealand, and then examined the babies. He didn't put them up on the table but just kneeled beside them on the carpet. He was patient and very attentive. He asked about their health history and had the nurse make photo copies of their records. He spent more than 20 mins with us, and I felt as though he had all the time in the world to talk with us. He even went outside with us to show the babies the nurse's dog that was hanging out in the backyard. The visit cost $30 NZ (about $21 US). In the U.S., I would have spent $40 on co-pays (one $20 co-pay for each kid).

We walked across the street to the pharmacy (chemist) to fill the prescription. The babies were wiggly and wanted to get into everything. The owner of the pharmacy came out and played with Max and showed him the bucket of toys they had for kids. After five mins, the prescription was ready, and there was no charge or co-pay for the prescriptions. We had three prescriptions filled (two orders of amoxicillin, one for each kid, and an order of liquid albuterol for the cough/weezing). In the U.S., I would have spent around $15-25 for each prescription. 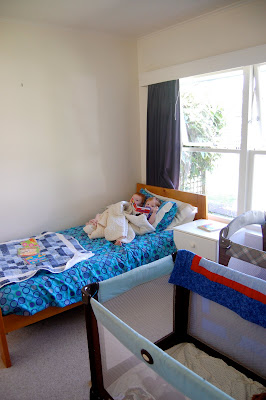 Here they are looking cute, as if all they do is sit around reading books when they are sick. In reality they stay up all night screaming and refuse to nap, which then causes them (and me) to be quite irritable. 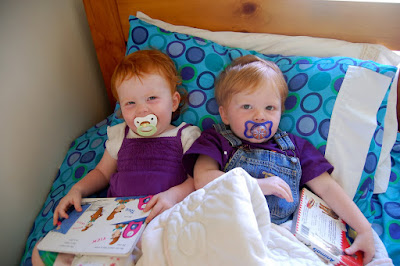 There is a lot of debate in the U.S. right now about reforming the health care system. I have heard a lot of people talk about long waits and or increased taxes that would come with "socialized medicine".

Today was the first time I had been to a doctor in New Zealand (which has a national public health care system, under which we are covered as part of our work visa), and my experience with the doctor was better than any doctor's visit that I have had with Maya and Max (and I really liked my pediatrician in Texas). I was amazed by the short wait time and the individual care we received from the doctor. On top of that, I spent 20% of the out-of-pocket expenses of what I would have in the U.S. (and we had really great coverage on our health insurance policy while in Texas). Sure, I've got limited experience at this point, but so far I'm liking the public health care.

Any thoughts or comments?
Posted by rusted sun at Thursday, March 04, 2010 4 comments: Links to this post

I've had a bit of a fascination with being a homemaker since moving into our new home. Maybe it was the months spent living out of suitcases, maybe it is the fresh summer air, maybe it is because my house is small and can be cleaned up quickly, maybe it hanging my clothes out on the line that makes me feel domestic.....or as Lonnie said maybe it is just a phase and we should just enjoy it while we can. Either way, at the moment, we are all benefiting.

Last night we had vegetable soup in bread bowls for dinner. I have made artisan bread and pizza twice, banana bread once, plus lots of other tasty homemade food.

My most recent obsession is with building the babies their own play kitchen. I had one at my Nana's house when I was little and I remember loving it. I had thought about buying one and then found this site. The homemade kitchen were darling and look pretty easy to make. I found a wobbly coffee table a Salvation Army Family store for $5 NZ (about $3.50US). I also found a great old fashion faucet today at another charity shop. Our town has a community workshop where I can take my project and for a small donation use the tools or ask for the help of a volunteer. Look for more updates to come. 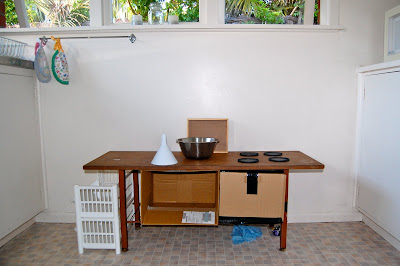 I bought a baby potty this week because Maya has been communicating more about when she needs to go. I thought I would put it in the bathroom and let the kids just get used to it a little and then maybe start toilet training Maya in a couple of weeks. While I was changing diapers yesterday morning I asked the kids if they wanted to sit on it. Maya went first and wasn't very interested. I sat Max on the potty while I got Maya dressed for the day. Much to my surprise Max peed in the potty. It might have just been the excitement over the ducks on the potty chair (ducks are Max's current fascination), but he did it again two more times that day and the did it again once today. Of the five times I have asked him if he wants to sit on the potty he has peed four times. I don't want to push my luck and think that it is going to be easy with him, but it was pretty exciting to have one of the twins, at least for the moment, learn how to use the potty on their own. 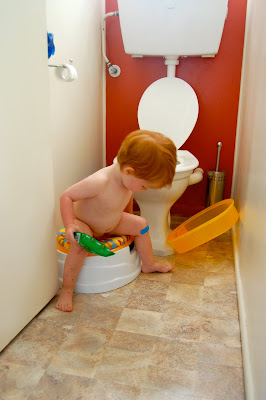 Posted by rusted sun at Thursday, March 04, 2010 No comments: Links to this post

lots and lots of cousins

Just in case you think we have forgotten about everyone back home, here are some fun photos we had taken with all of Lonnie's clan before we left. It was so nice to have the whole family together.


Posted by rusted sun at Thursday, March 04, 2010 No comments: Links to this post

The babies are loving our new home. They love playing in the yard and going to all the neighborhood parks. Needless to say we spend a lot of time outside. The community where we live is very family friendly. We haven't even been able to go to all of the fee or low cost programs available for the kids.

Here are some of the activities available..
Monday - Story time at the library
Tuesday in Summer- Out door ride on toys at the park. A large section of the park is flagged off and lots of ride on and push toys are brought out for the children to play on.
Every other Tuesday- Twins play group at the community center
Wednesday- Community Play Center Group (play centers, like books, puzzles, ride toys, dress up, set up all over a room as big as a cultural hall)
Thursday- Toddler Music Group at the Methodist Church
Friday- Library Story time.

There is also a toy library where you can check out some amazing toys for two weeks at a time. We haven't joined yet put plan to in the near future.

Many of the services a coordinated though the Devonport Community House which also has daycare and after school facilities. We are just starting to tap into the local community resources.


I am also amazed by the amount of parks which we visit frequently. Most parks have areas for big kids and little kids. One park we went to even had a zip line and a couple have had swings for children in wheelchairs. Max seems to have no fear of anything and loves to run smiling and giggling up and down the playgrounds and slides. Maya is more hesitant but has recently become more independent and discovered a love to slides which always end with a round of applause.

The ozone is quite thin in New Zealand. Most children wear hats out in the sun. Max and Maya have already gotten quite used to wearing hats and will ask for their hats before going outside. 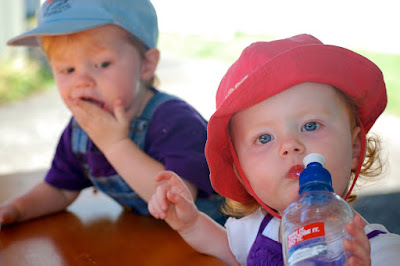 One of the best things that has helped us to settle into our new place are our wonderful neighbors, Kate, Paul and Gus (4 years old). Max and Maya adore Gus and ask for him every morning when they wake and several times a day. Not only does he kindly share his toys but we have also loved having new friends next door. Paul was raised in the NZ and Kate in the UK where they both lived for several years. They only recently settled in New Zealand. Lonnie has been working long hours (as does Paul) and I love being able to chat with Kate while our kids run around the yard. 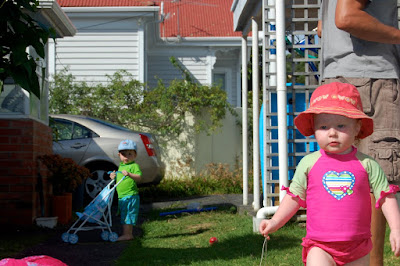 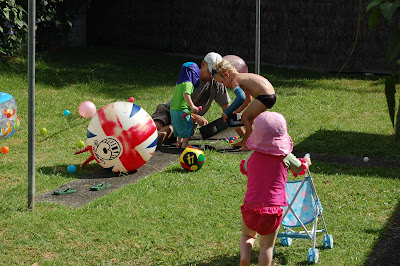 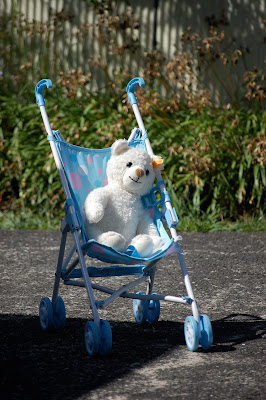 Posted by rusted sun at Thursday, March 04, 2010 No comments: Links to this post