Since moving to Auckland, we've heard stories from various people about seeing orcas in the Auckland Harbour. Well, today was our lucky day to get our own sighting. On the ferry ride home from work, Lonnie saw a pod of orcas from within a few hundred feet of the boat. When he arrived home and told me, we threw the kids in the car and drove in the direction of where the orcas were heading.

Sure enough, the orcas stayed fairly close to the shoreline, and we were able to spot them first from the road along Torpedo Bay in Devonport. We then drove up North Head to get a view as they swam out toward Rangitoto, a small volcano in the bay.

This was the main pod, but there was at least one other whale following the group from behind. 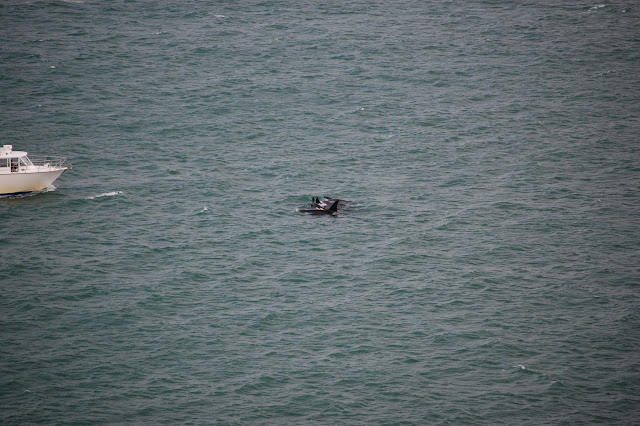 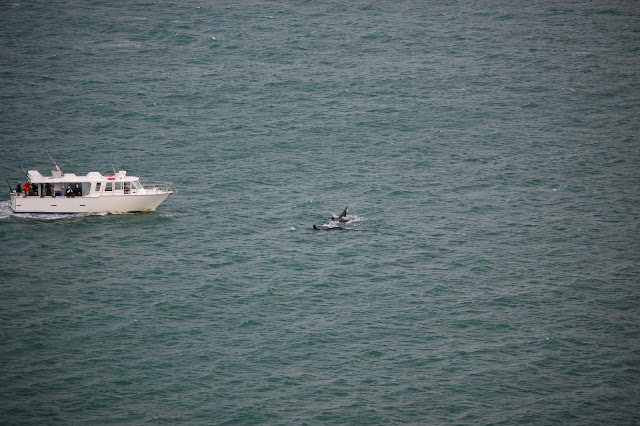 There were at least two calves in the pod. 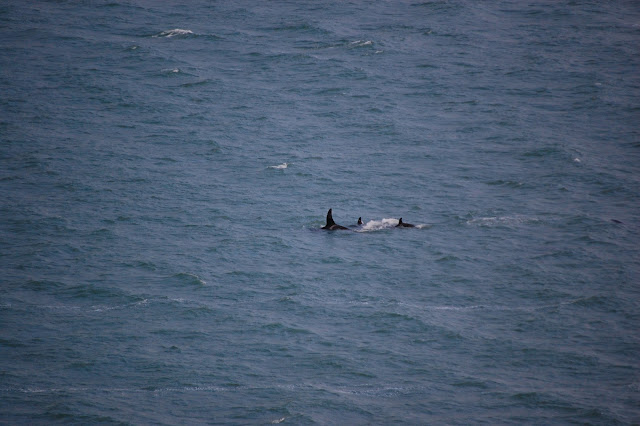 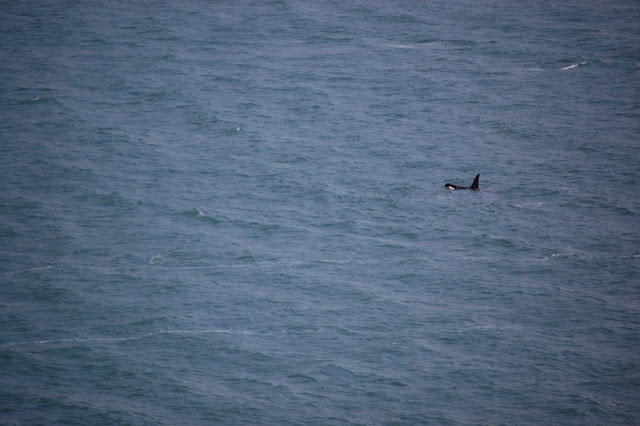 As you can see in this photo, Auckland Harbour is narrow between the city and Devonport (where we live). According to the New Zealand Herald, the orcas were spotted at various points through the harbour this afternoon. 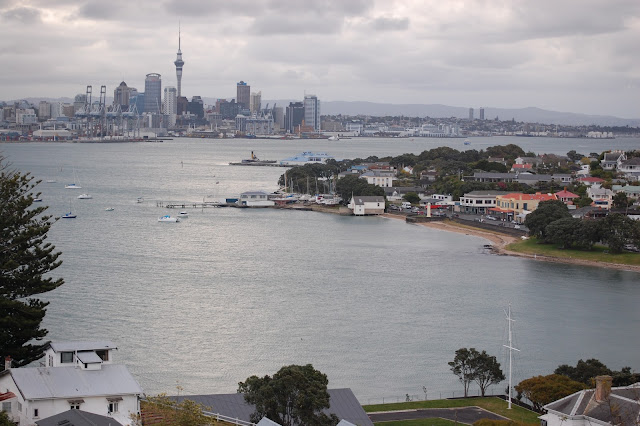 Posted by rusted sun at Thursday, November 04, 2010 7 comments: Links to this post