We spent the morning at Ambury Park, about a 40 min drive from our home. I had heard about the park from a couple different people. When then sun was shining this morning and we didn't have any plans we decided to go check it out.The kids were thrilled when we told them we were going to a real farm. They wereeven more excited when they found out they would be able to actually touch the animals. We saw sheep, cows, pigs, horses, chickens, turkeys, goats and rabbits. The grounds were beautiful and the kids loved being able to run around. Thankfully we wore our gum boots. 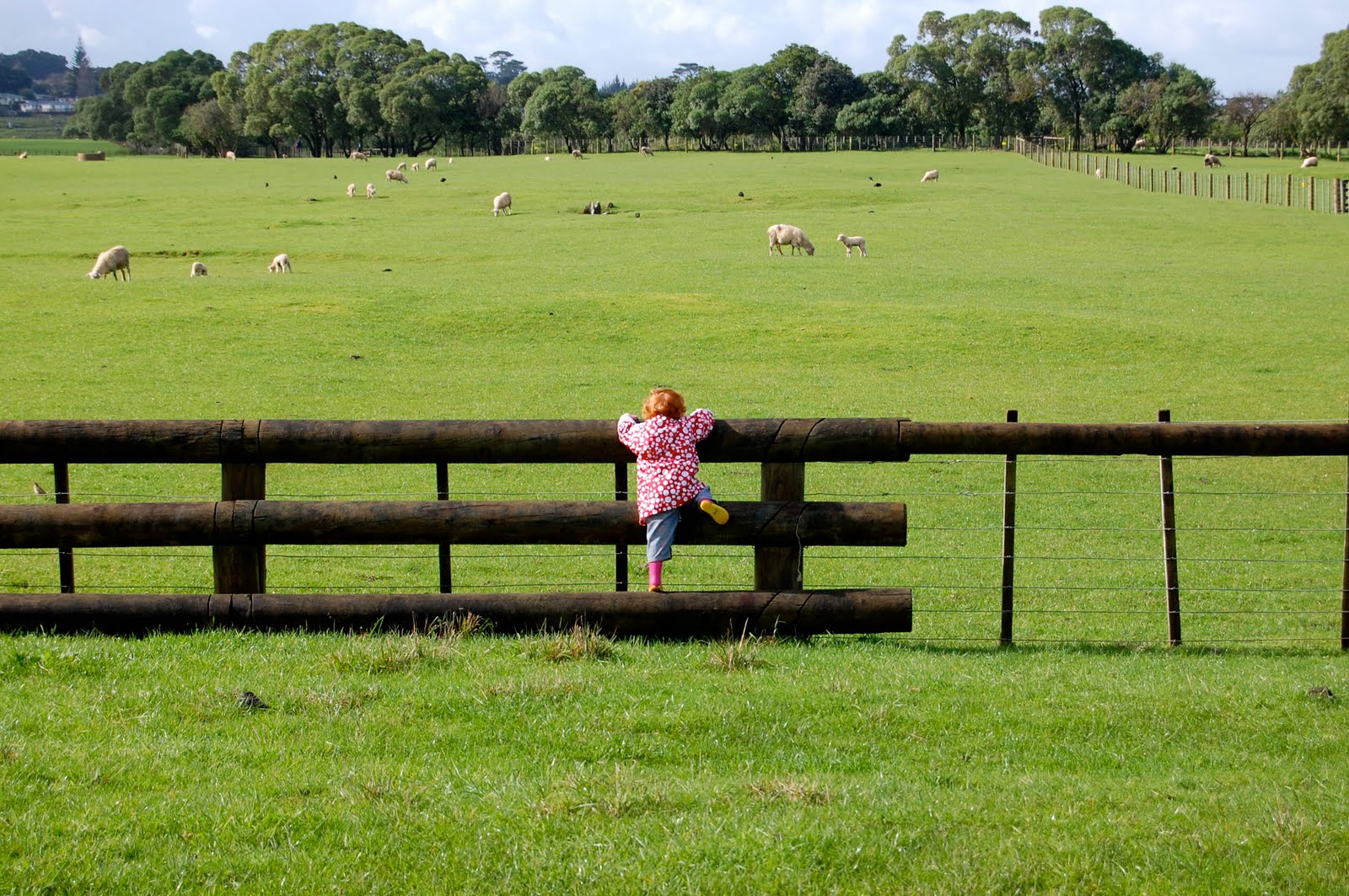 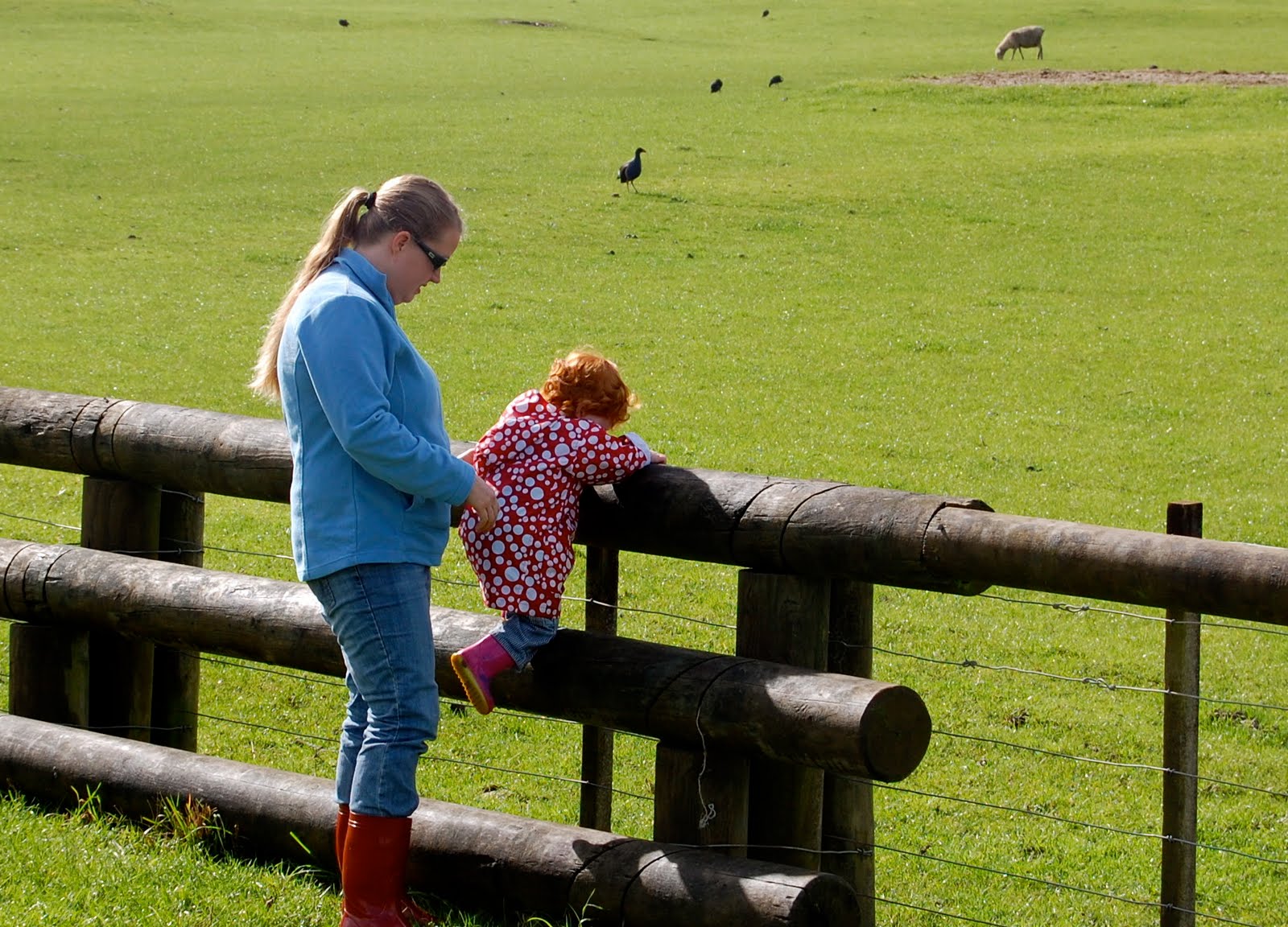 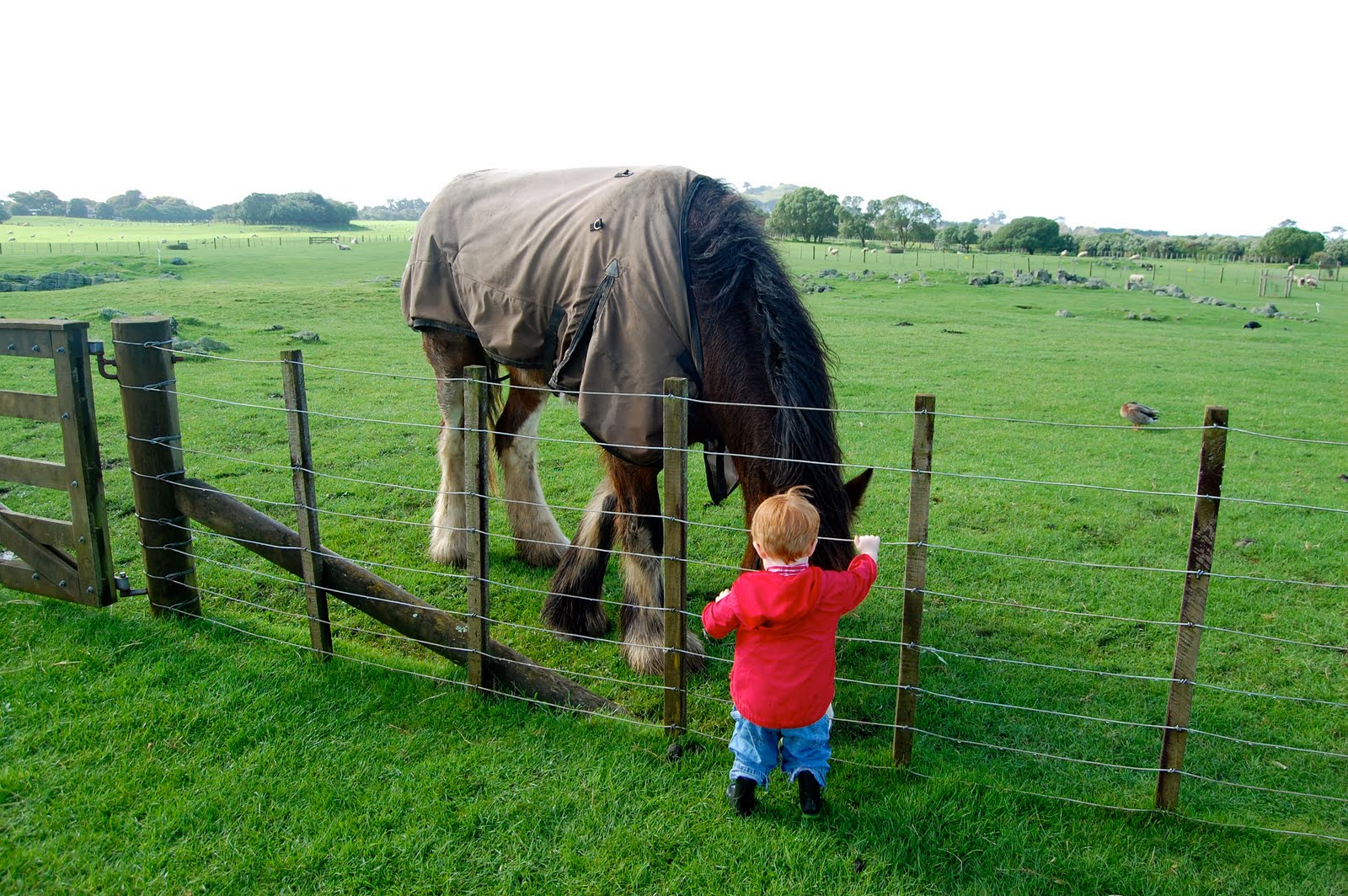 We were able to go inside some of the paddocks and get up close to the animals. This photo of Max pretty much sums up what the kids thought of the farm. He kept saying "Ohhh....wow!!!". 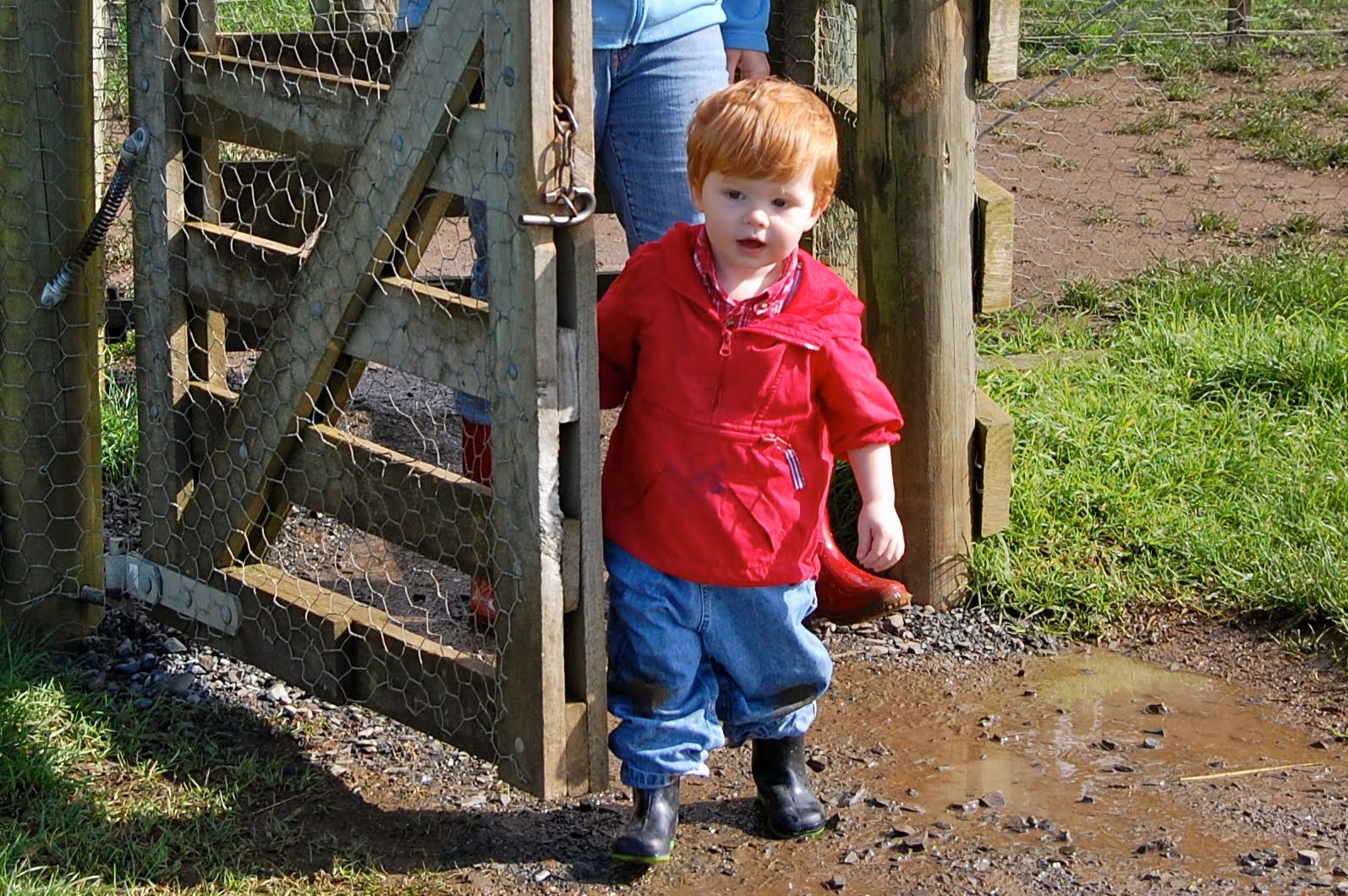 We caught the 10:30am cow milking. Max and Maya were able to pet the heads of the milking cows. 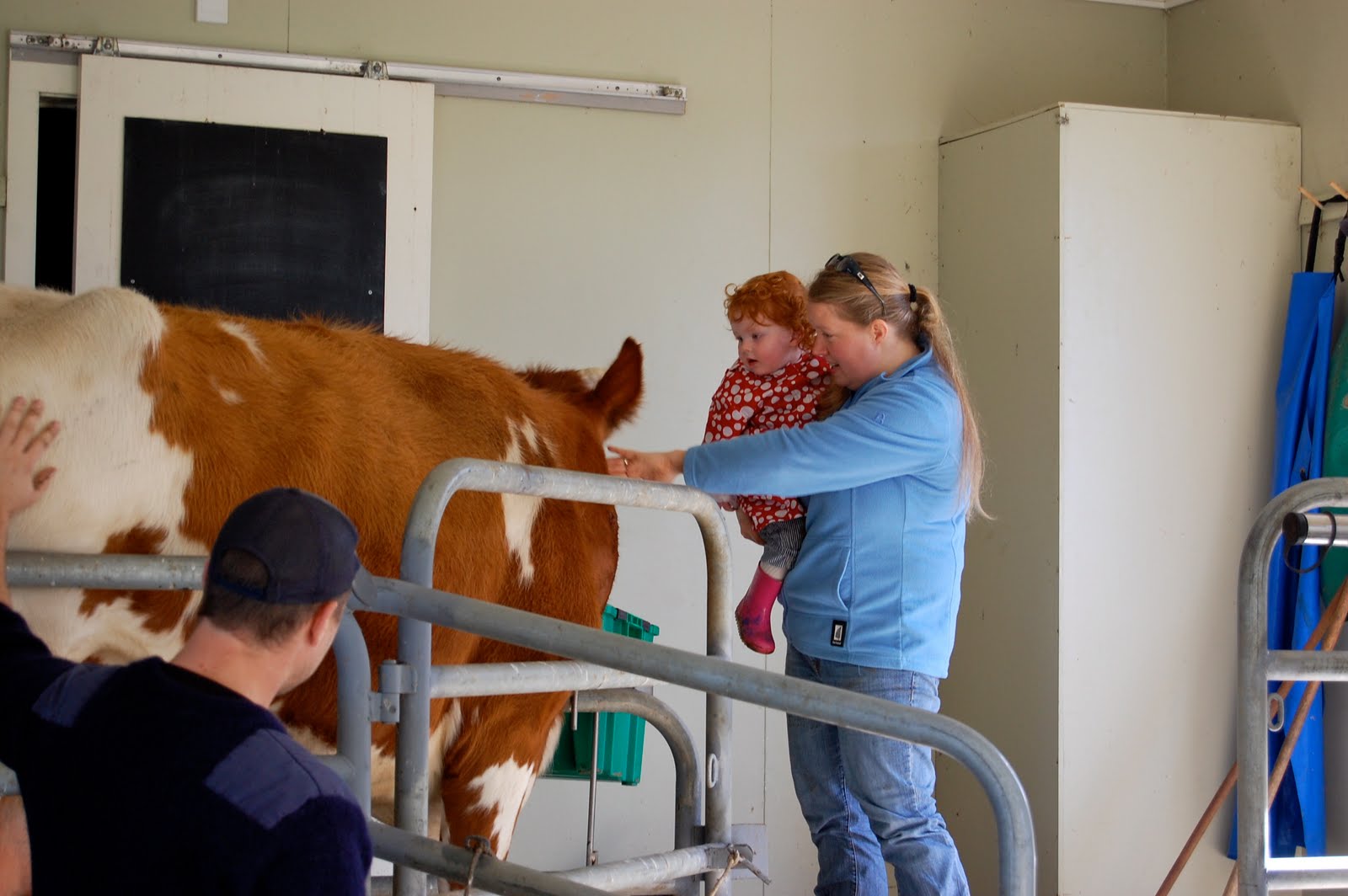 The baby lambs ate grass right out of Max and Maya's hands. Maya curled up her fingers at one point and the baby lamb gave her a little scare when he nibbled on her finger. Oh....and of course, because this is New Zealand...the park was right next to an amazingly beautiful bay. There was even a rainbow when we first arrived.
Posted by rusted sun at Saturday, August 28, 2010 5 comments: Links to this post

Labels: older children, Things to do with kids in Auckland, toddlers

We finally did it. After months, perhaps years, of talking about it, asking for advice and retreating, we finally decided to rid our home of pacifiers. A week ago last Wednesday night Lonnie and I realize we didn't really have anything planned for the weekend so we knew we could deal with grouchy children. This was going to be the weekend we cut off yet another tie to Max and Maya's infancy. It was time to say good-bye to the pacifier.
We talked to the kids for several days about how pacifiers are not for big kids but for babies. We told Max and Maya that we needed to take their pacifiers and give them to some babies. They were actually pretty excited about the idea. On Friday we went through the house and collected all the pacifiers we could find. We put them into a bag. 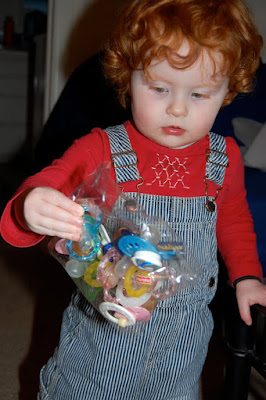 Maya thought it would be a good idea to also put them into a box. (Since receiving a package from Auntie Aimee, playing "Package from Aimee" has become one of their favorite games). 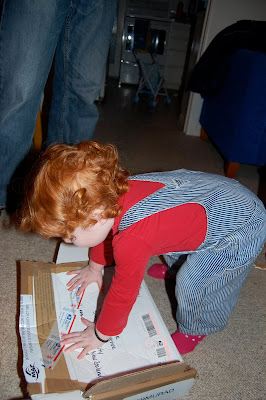 We are luck enough to have twins in our ward who were willing to be the recipients of the pacifiers. 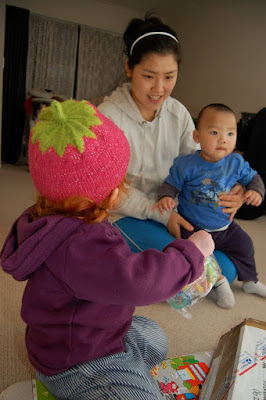 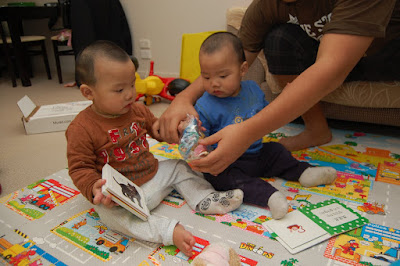 Max was more interested in playing with Jamin and Jesse's toys than in anything else. 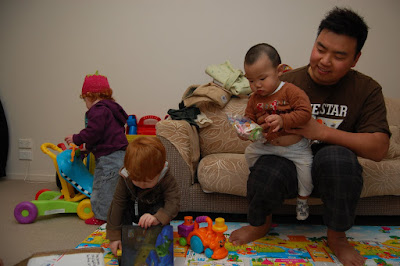 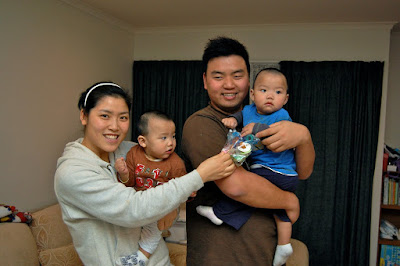 After the hand-off we took the kids out to McDonald's for dinner as a treat for being such big kids and leaving the pacifiers. We kept talking about how they would not longer have pacifiers to use when they went to sleep. That night when they laid down for sleep they didn't ask for their pacifiers but it took them a while to settle down. Maya cried for about an hour and a half. When I would go into check on her she never asked for her pacifier, but she asked for other things like water, toys or books. Once when I went in Max was also still awake but siting quietly in bed. After I Maya settled down Max asked for his pacifier but seemed to understand when I told him that we didn't have them anymore because we gave them to the babies. Maya woke up again later that night but then made it through the rest of the night.
It has now been six days since we cut the kids off from their pacis. They are sleeping better at night, but still taking longer to go to sleep than they used to. They also are requiring more interventions. They are also waking up about an hour earlier than they before. Nap times have seriously suffered. Before we took away the pacifiers they were napping for at least 2 hours a day. Now I am luck to get them down for an hour and a half and they require a lot of help to get settled down. I usually have to go in and check on them several times before they will finally go to sleep. When they were using their pacifiers I could just put them in their beds and leave the room. The kids aren't asking for their pacifiers but they are defiantly still having a hard time going to sleep and staying asleep with out them.
I assumed the transition would take less time than this. We have given it a good go, but it is taking a toll on all of us to have the kids sleeping less. So....should I go back to the pacifiers?
Posted by rusted sun at Thursday, August 26, 2010 8 comments: Links to this post

the truth about twins and sleeping

Don't worry twins will sleep through each other's cries.
It is 5:15 am and I am awake. I should be asleep, but about 30 mins ago Max started screaming, followed by Maya....I think.

Lonnie is out of town so instead of keeping Max in his room and laying him back in his bed I brought him into our room. Lonnie is out of town and I kind of liked the idea of comforting my scared little boy while falling back asleep myself. But them Maya started crying. I couldn't ignore her, although I could tell from the tone of the cry that most likely this would only last a few mins beofre she would fall back asleep.

When people tell you that twins won't wake each other up with thier cries that isn't completly true, but what they don't mention is th Most of the time they do sleep though each other's cries. Sometimes they wake each other up, but sometimes they help each other get back to sleep.
Posted by rusted sun at Wednesday, August 25, 2010 No comments: Links to this post

I've been wanting to visit the maze at Ngatarina park since I heard about it several months ago, but I wasn't sure how to get there other than parking on a busy road and walking for about a block....which isn't something I normally do with two busy kids who like to run away from me. On Saturday the sun was out and Lonnie and I had nothing planned so we went exploring. 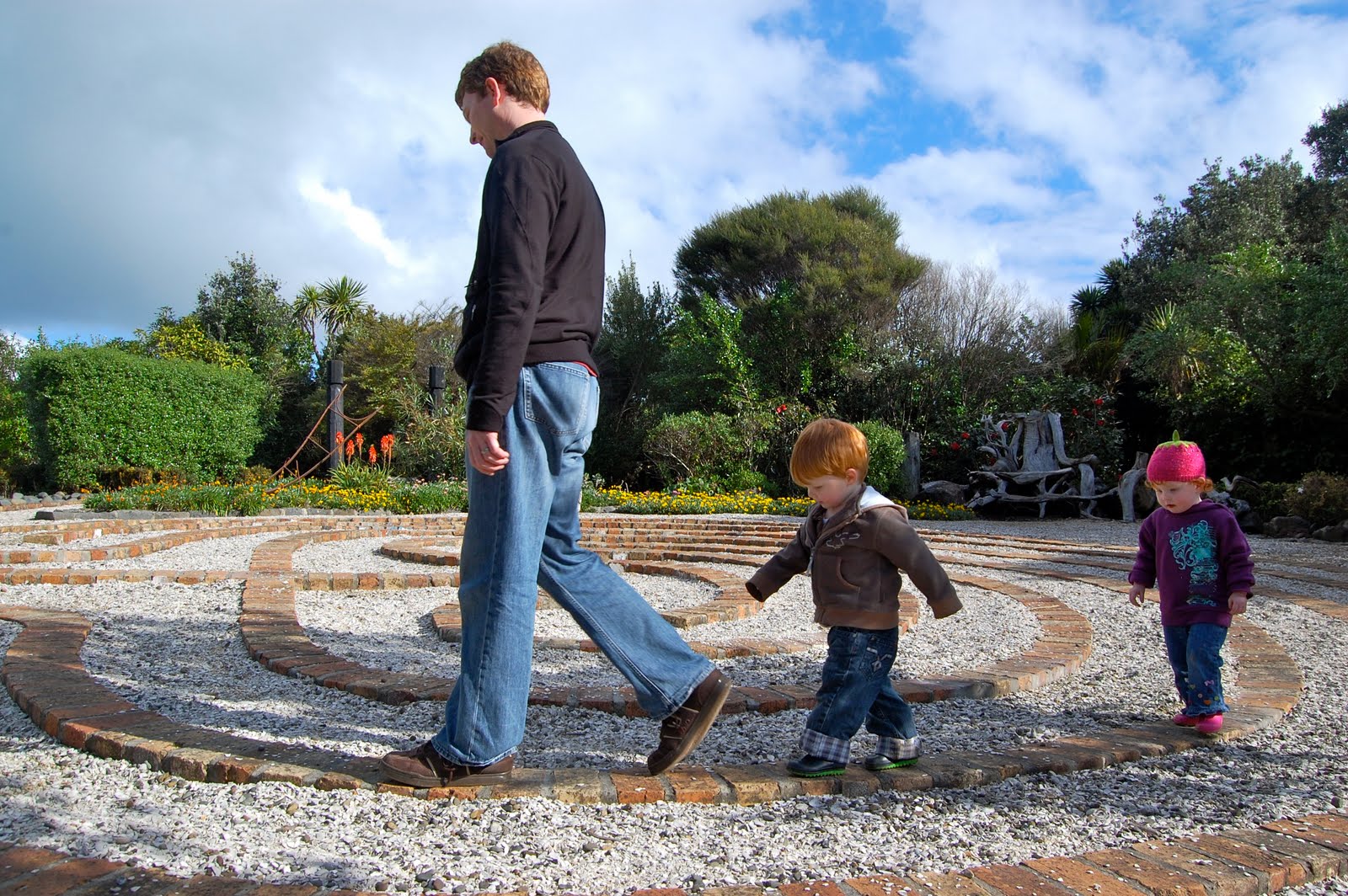 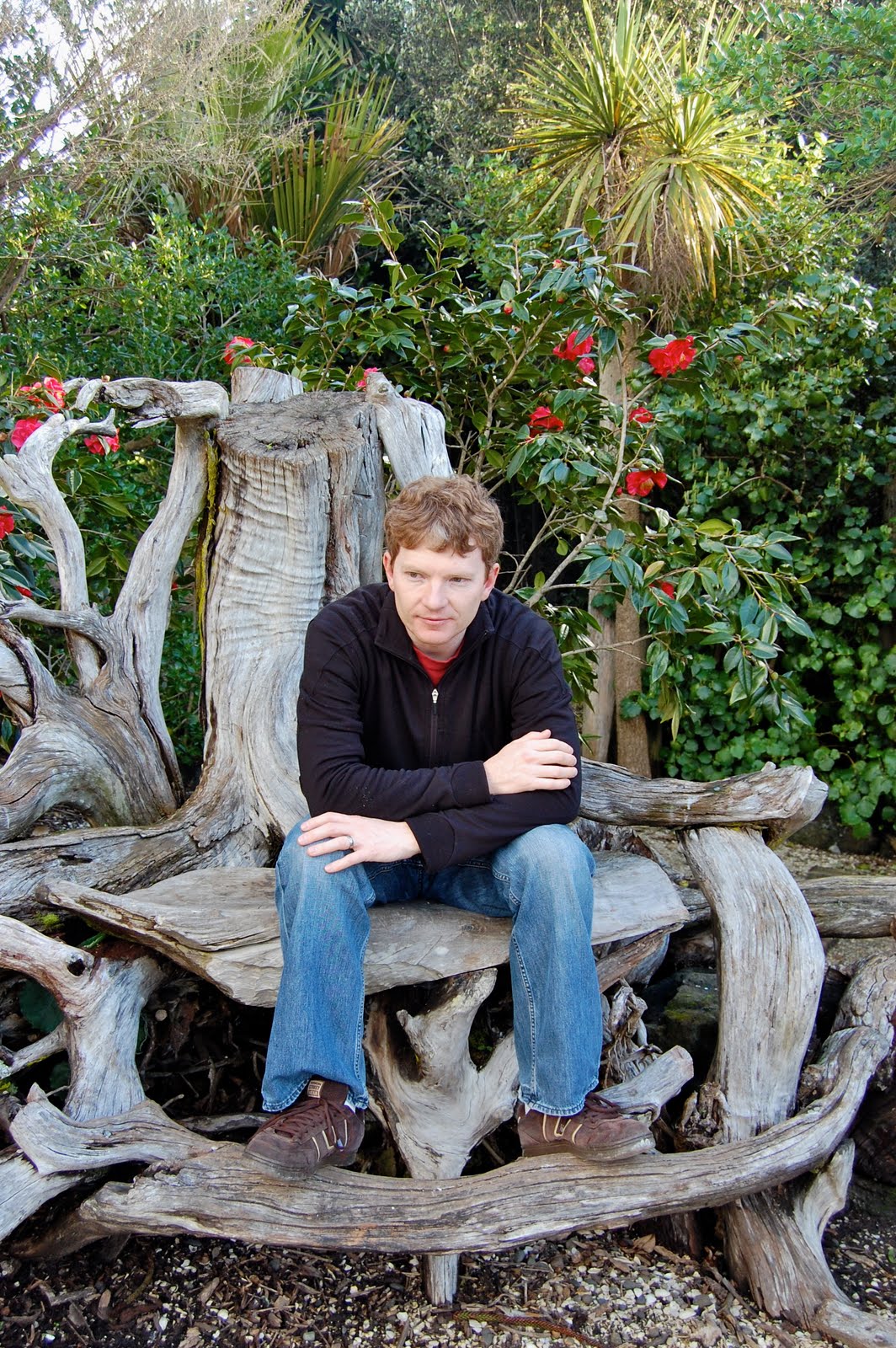 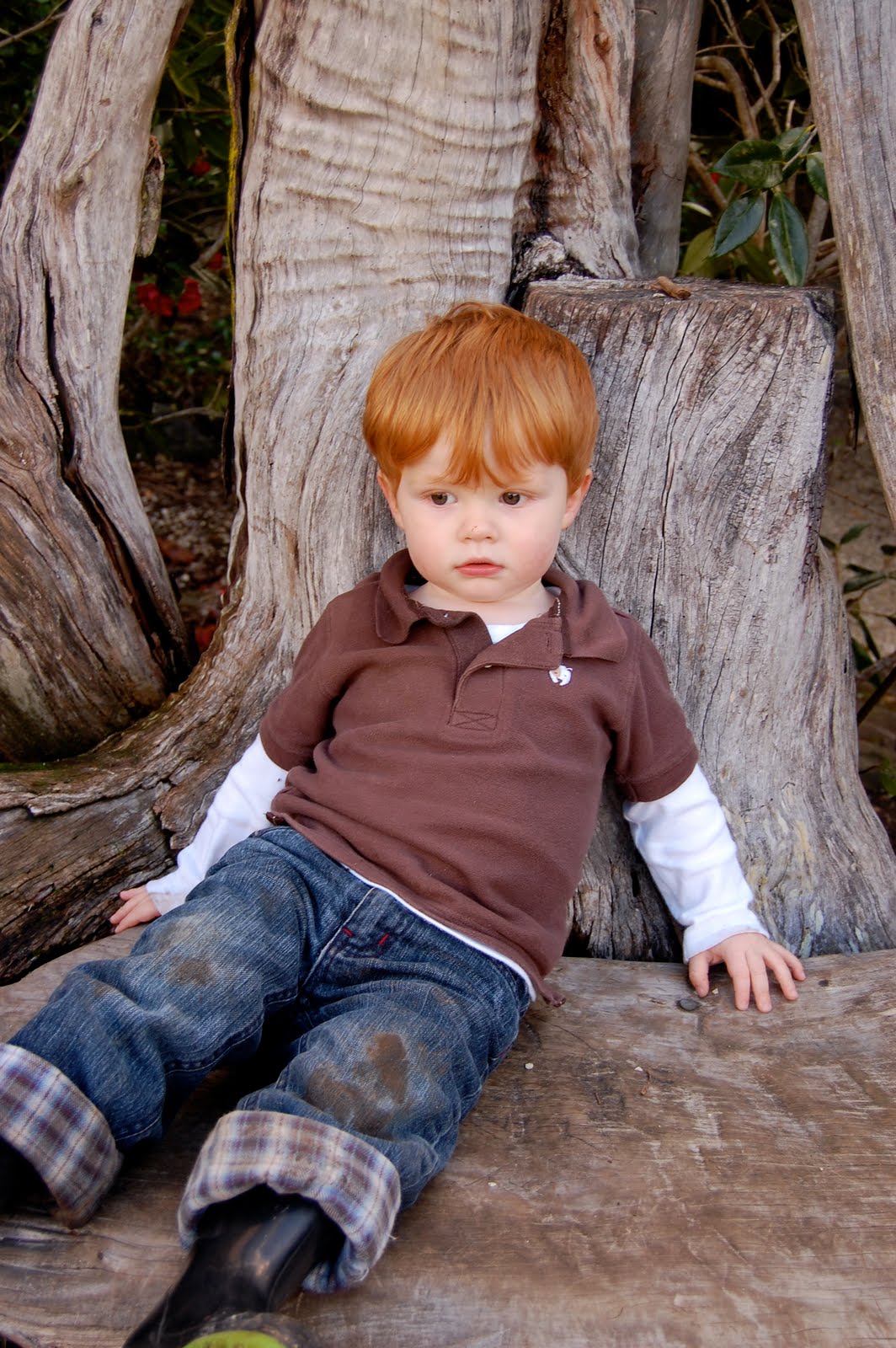 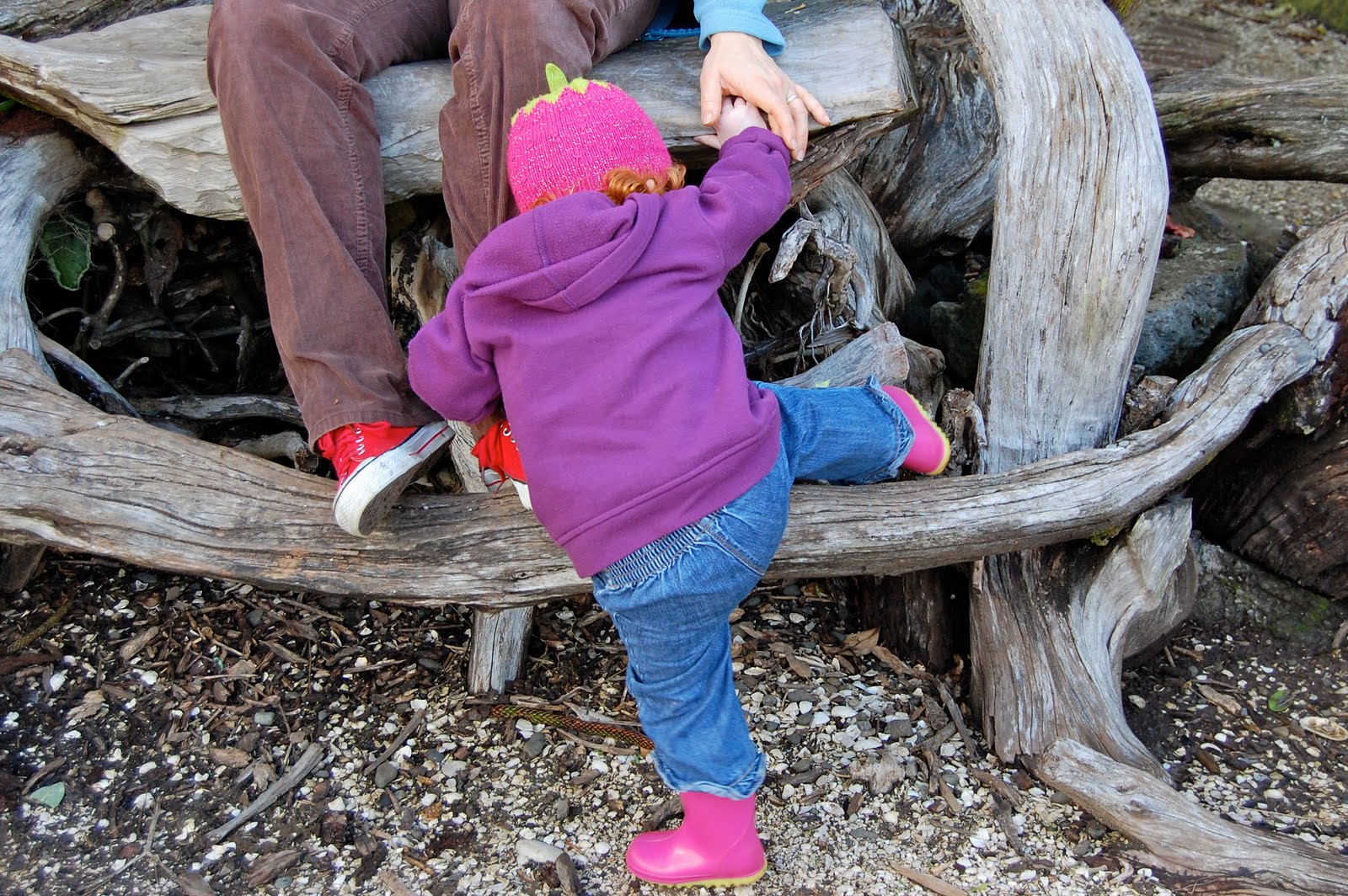 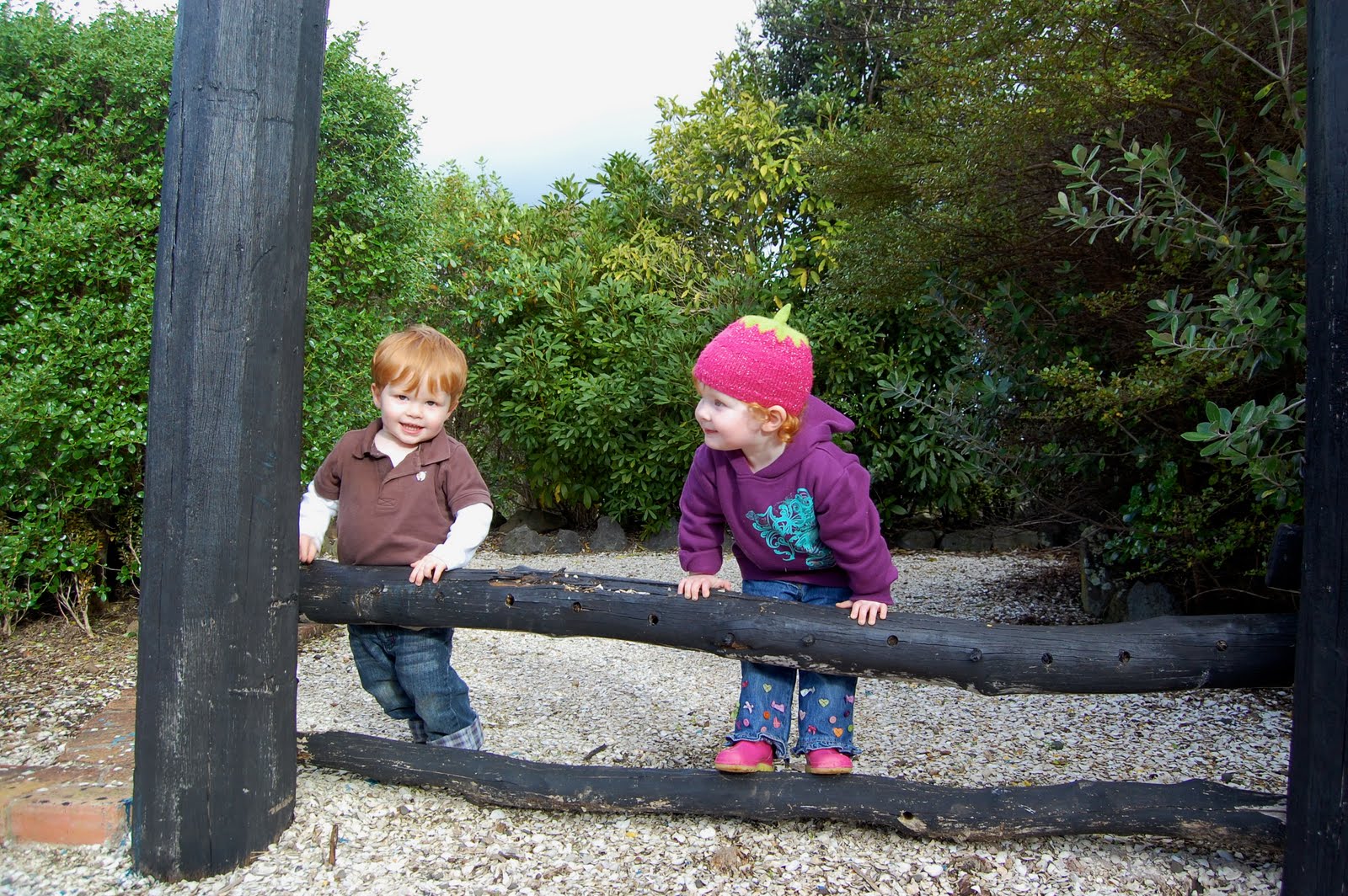 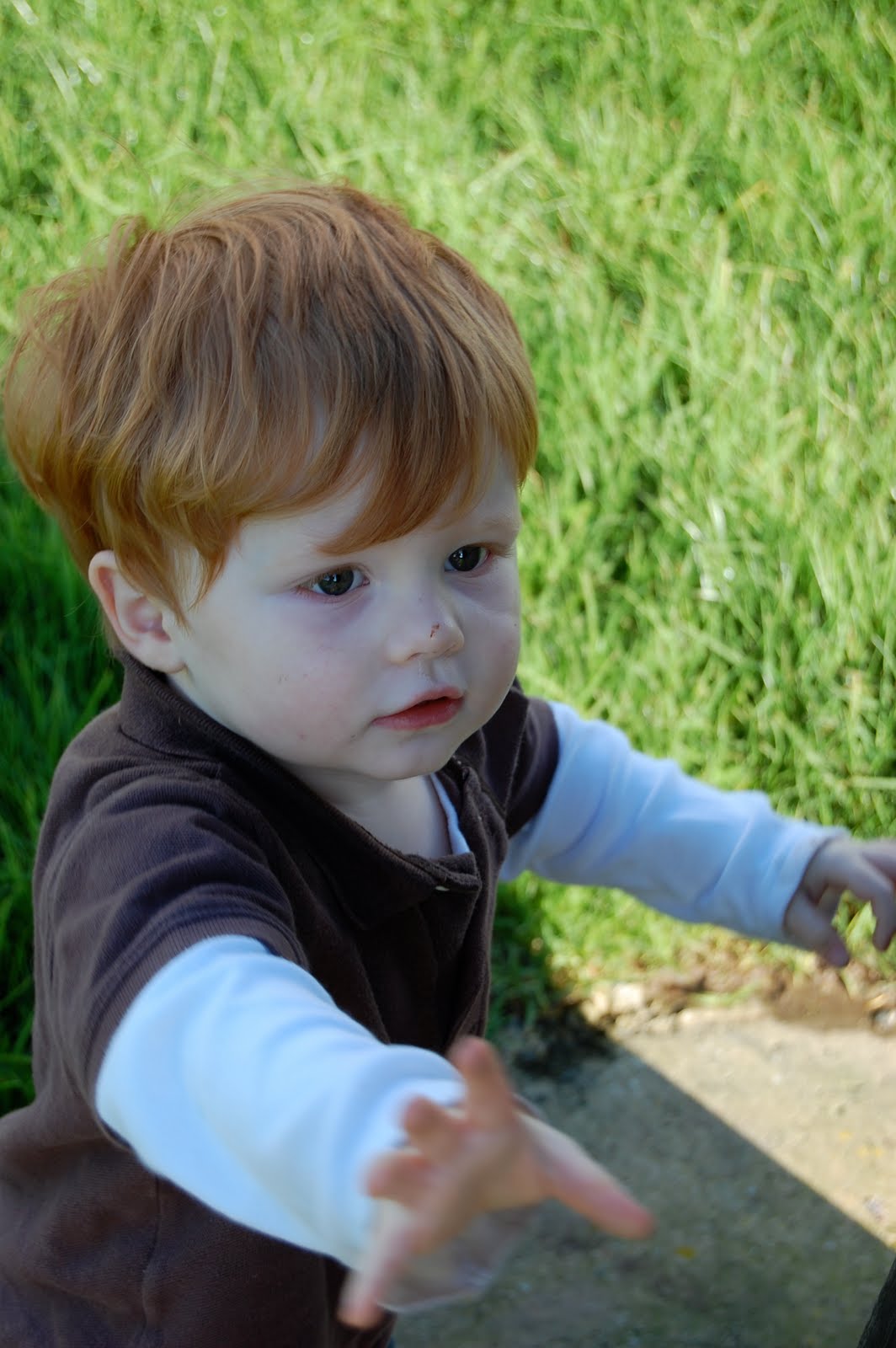 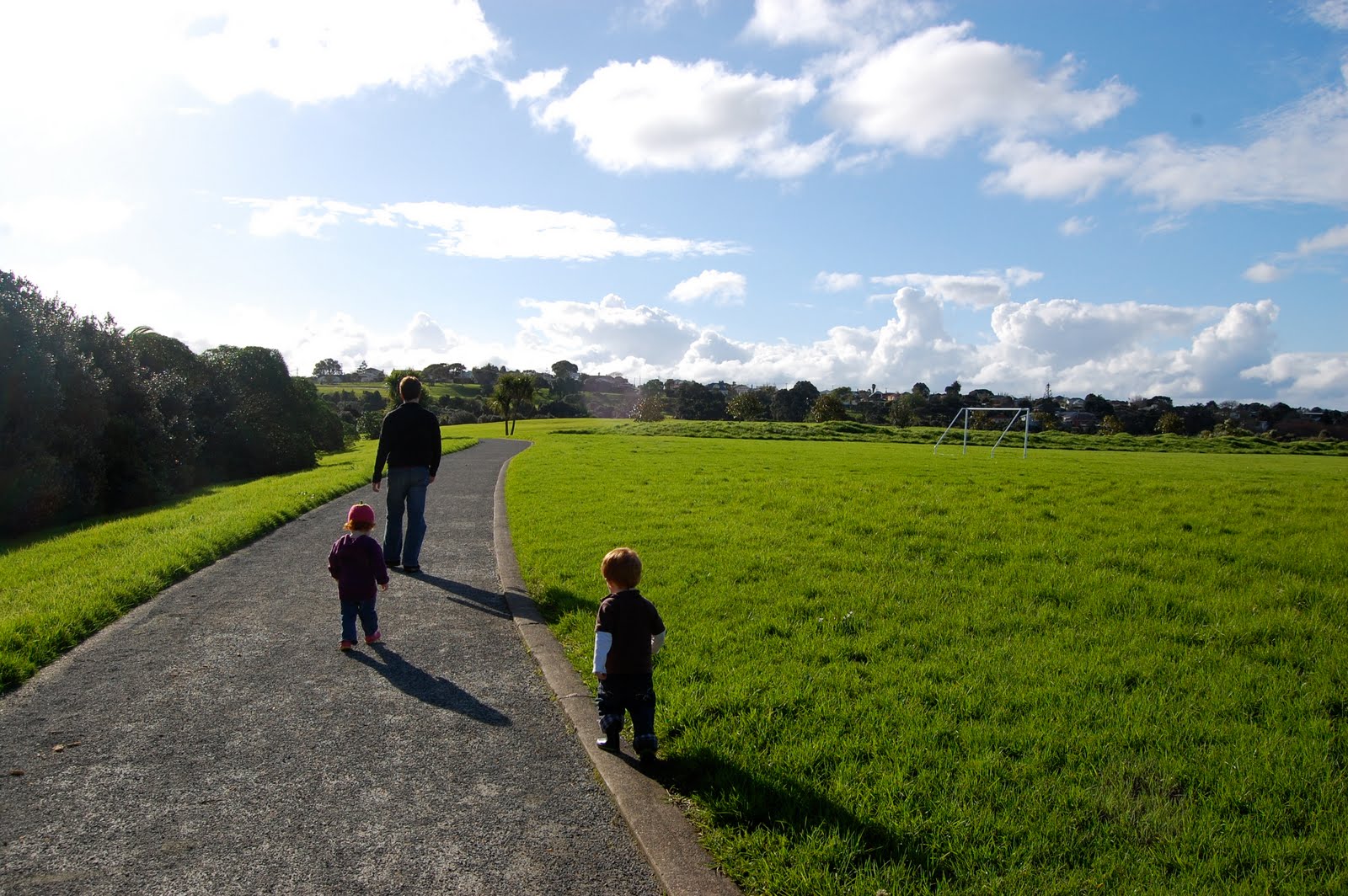 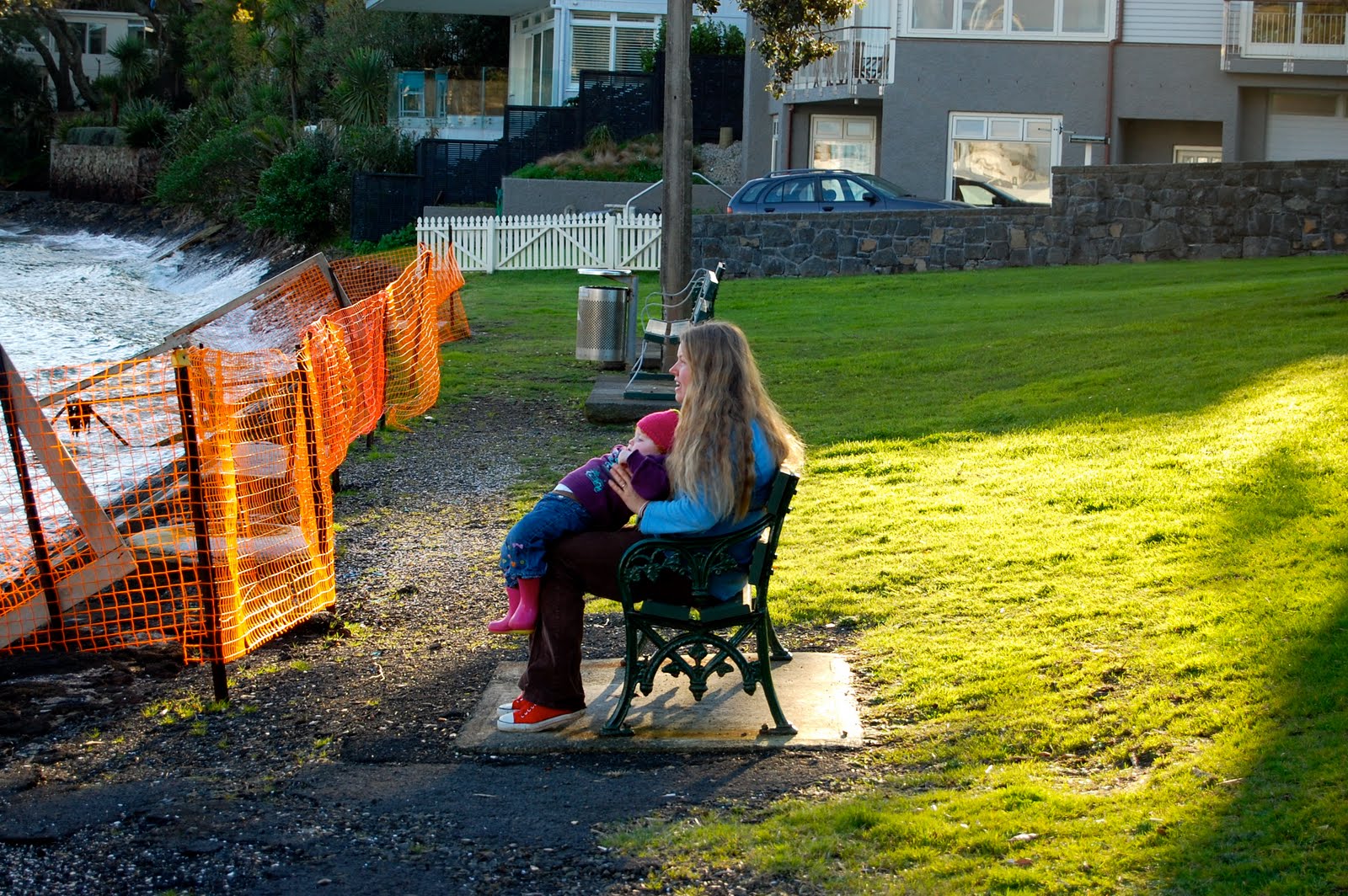