While in Mossburn, we took an afternoon to follow an unpaved road to the Mavora Lakes, which are separated from Lake Te Anau by a mountain range. As with all our travels on the South Island, it was a beautiful drive mixed with sheep farms, rugged mountains, and beautiful lakes. 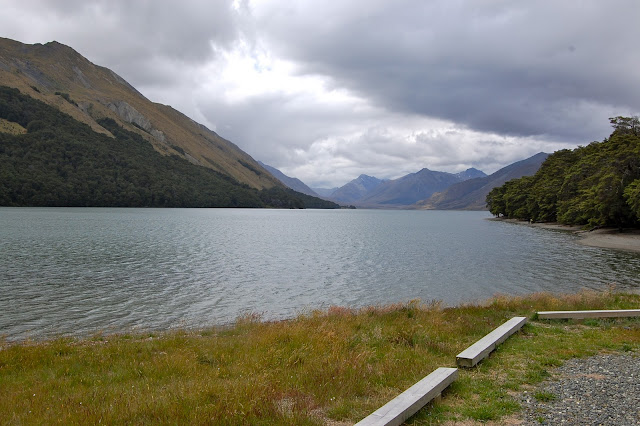 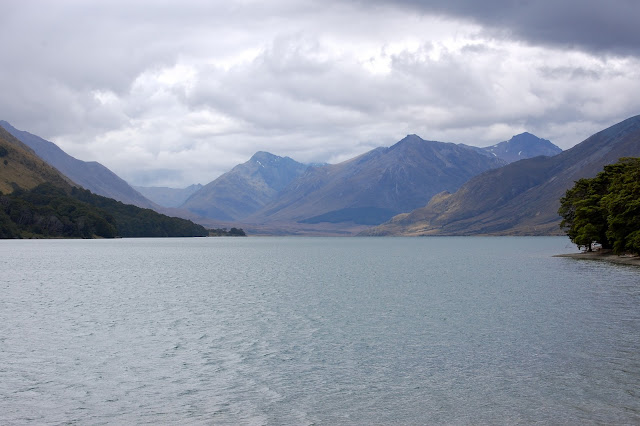 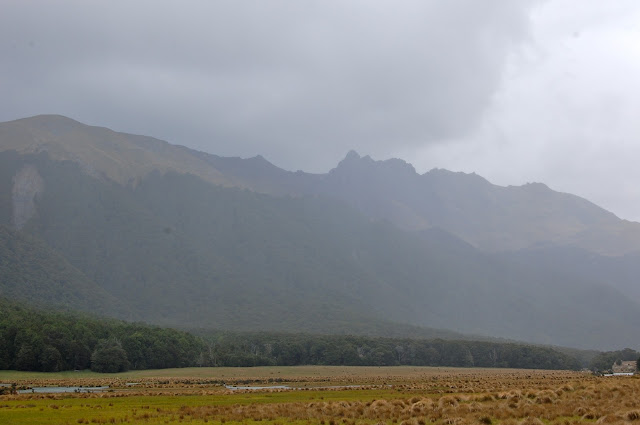 Some of the best memories of our South Island trip were experiences with friends who happened to be traveling in the same areas and at the same time as us. As mentioned in the Milford Sound post, we met up with Cecily (Alisa's friend of many years), Jordan (Cecily's sister who now lives in Auckland), and Pam (Jordan and Cecily's mom). Cecily and Pam had come to visit Jordan and travel around New Zealand. They planned to visit Milford Sound while we were down there, so we were able to meet up for the cruise. They also joined us in Mossburn on New Year's Eve and spent a night with us at "the house on the farm". Maya and Max really enjoyed being with them, and Max very quickly attached himself to Cecily. Even weeks later, Max asks about when we are going on a boat with Cecily.

Our other encounter with friends on the South Island was more of a reunion. In December as we were preparing for Christmas and our trip, Alisa got an email from a mission companion (Kelly), who had just booked tickets for a trip to New Zealand. After some correspondence, we learned that we would be in the South Island at the same time. So we arranged to meet up with Kelly and her husband (Yves) in Mossburn. Kelly and Yves are from Tahiti and traveled through New Zealand with some of their family. They ended up spending a couple nights with us in Mossburn where Alisa and Kelly talked about their time together in the Dominican Republic. We also quickly learned that Yves is a really good cook, and Maya especially took a liking to his cooking, which made Yves proud of the good eater that Maya is.

Somehow the world of Alisa works this way....go on a mission to the Dominican Republic...have a wonderful companion who is from Tahiti (a world away from the DR)...over 10 years pass...move with your young family to New Zealand...go on a trip to the South Island...meet up with your Tahitian friend in Mossburn (of all places).
We also were fortunate to have Kelly and Yves spend a few days with us in Auckland at the end of their trip. They've convinced us that we need to come to Tahiti to visit them...not that we need much convincing for that trip.
-Lonnie
Posted by rusted sun at Friday, January 21, 2011 3 comments:

As mentioned in the last post, one of the highlights of Fiordland National Park is Milford Sound, which is actually a fjord (a drowned glacial valley). To access Milford Sound, you get to drive a beautiful highway that weaves its way through the mountains. Just when you think the highway is going to end at the foot of towering cliffs, you pass through the Homer Tunnel, and then the highway descends into Milford. If you enjoy beautiful drives (and we do), the drive into Milford Sound is worth the trip on its own. But this road also rewards you with the stunning views of Milford Sound.

Once in Milford, there is a nice ferry terminal where several tour operators run cruises through the fjord. We were very fortunate to meet up with friends for the tour. It made the 2 hour ferry ride more enjoyable to have some friends to enjoy it with. Plus, our friends were extremely helpful with Maya and Max, who wanted to explore the ferry boat more than they wanted to experience the beauty of Milford Sound. Thanks Jordan, Cecily, and Pam for the great time together!
Although we had overcast weather at Milford Sound (which is not uncommon considering rainfall is upwards of 7 metres a year, or over 20 feet), the cruise did not disappoint. Rather than try to describe how stunning it was, I'll just go with the photos. 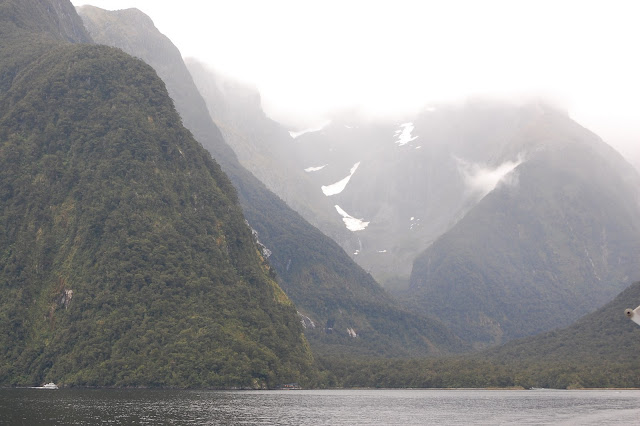 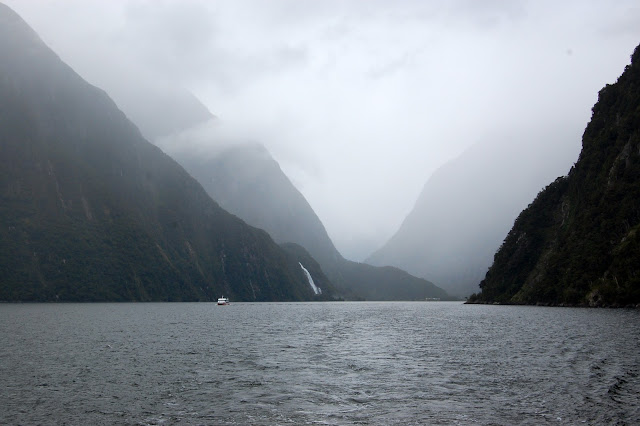 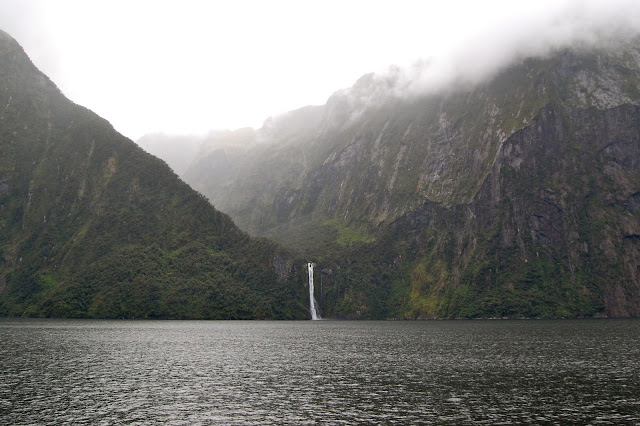 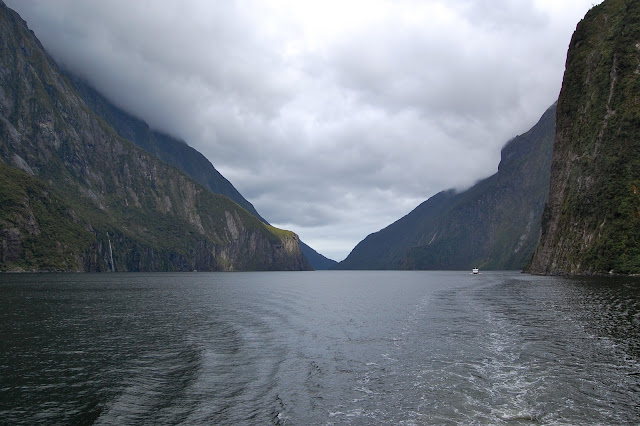 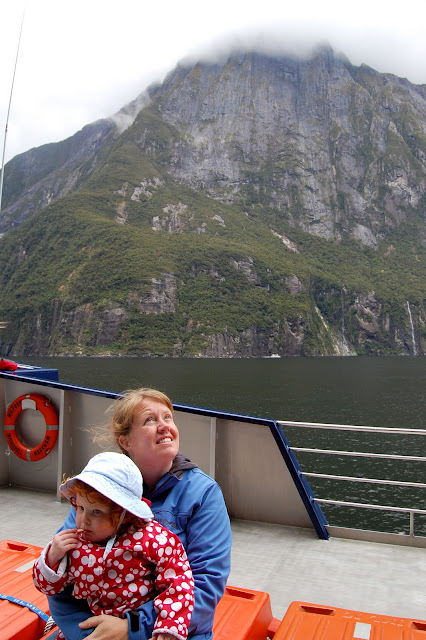 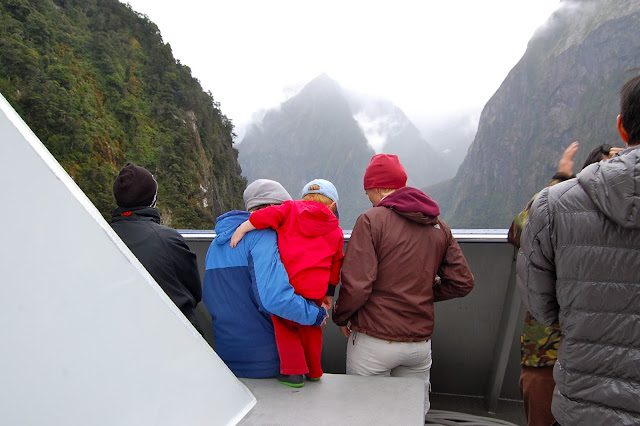 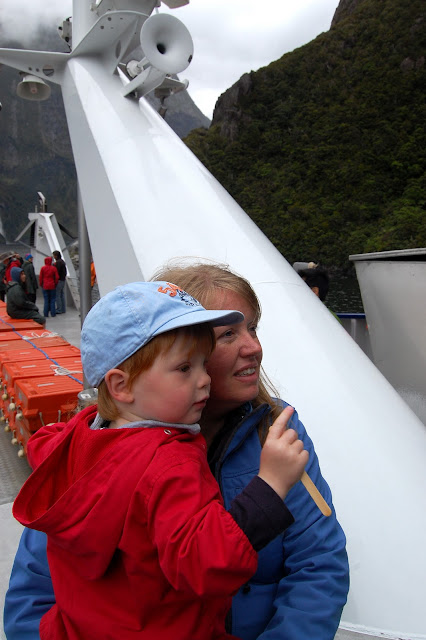 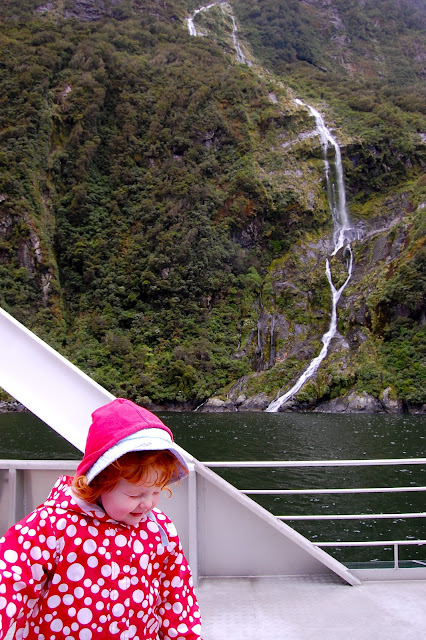 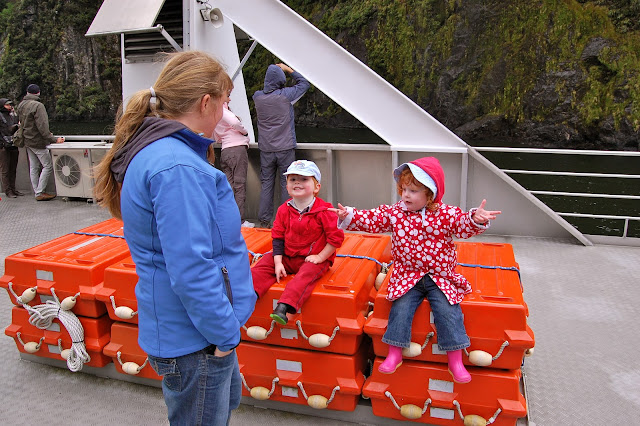 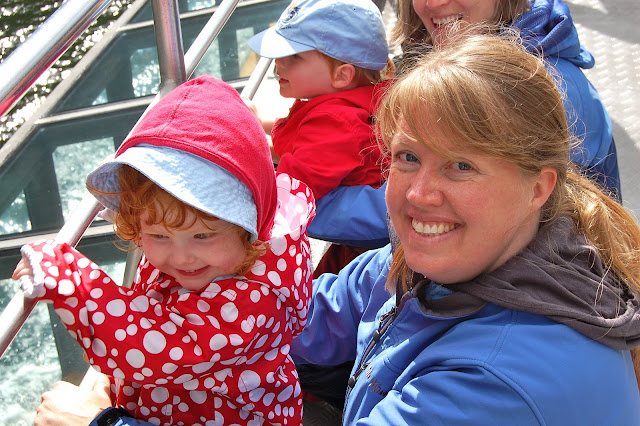 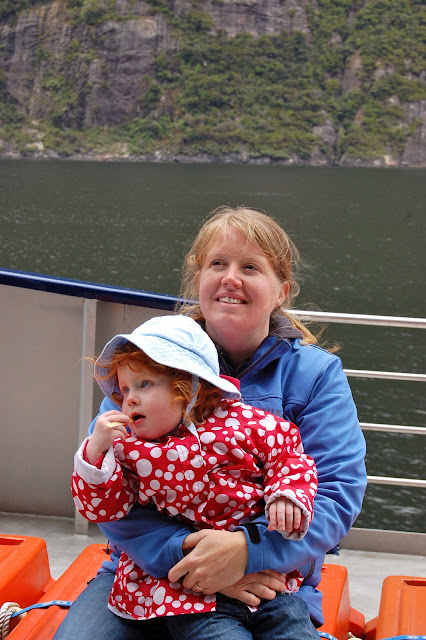 lakes, mountains, and the house of the farm

We started the trip on December 27 and flew from Auckland to Queenstown, which is a beautiful resort town situated on a large lake (Lake Wakatipu) nestled at the foot of craggy mountains (one set of mountain peaks next to Queenstown are named the Remarkables, which we thought is a pretty awesome name for a mountain range). From Queenstown, we picked up a rental car and drove 1.5 hours south.
Our destination for the first portion of our trip was Fiordland National Park, which is located in the southwestern portion of the South Island and consists of high mountains, beautiful lakes, temperate rain forests, and fiords (glacially carved valleys that have been inundated with the sea since the glaciers retreated). Fiordland National Park includes Milford Sound, which is the most visited tourist destination in New Zealand. We visited Milford Sound, but we'll dedicate a later post to that excursion because it deserves its own.
Te Anau is a small resort town that functions as the gateway to Fiordland National Park. Holiday season accommodation in Te Anau was difficult to find, so we set up base at a bach in Mossburn, which is a very small town located 40 minutes from Te Anau. The owners of the bach have a farm and offered to put a few farm animals in the yard by the bach for the kids to enjoy. So when we were leaving on the trip, we told Maya and Max that we were going to stay in "the house on the farm", which made them excited to see the "sheepies and cows".
A big storm hit the region during our first day and night, so we enjoyed some much needed relaxation for the first day and a half. When the rain cleared, we went into Te Anau and took in the sights. Like Queenstown, Te Anau is in a stunning location on a large alpine lake (Lake Te Anau) with towering mountains surrounding the lake. On our second full day, we went on a tour to the Te Anau glowworm caves. The tour includes a 45 minute ferry ride across Lake Te Anau and then a tour of the caves. The cave system had a small river running through it, and we really enjoyed the 20 minute tour through the caves and view of the glowworms.
Posted by rusted sun at Sunday, January 16, 2011 6 comments: