these are some photos of our many wonderful nieces and nephews

Our nieces and nephews sang "Families Can Be Together Forever" at our wedding luncheon. 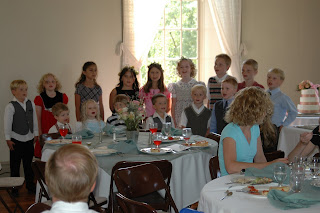 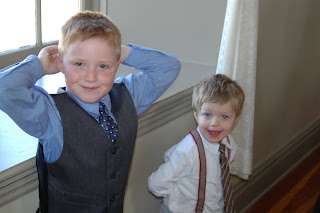 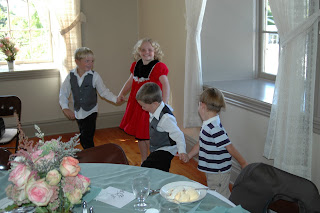 Having a good time in the desert. 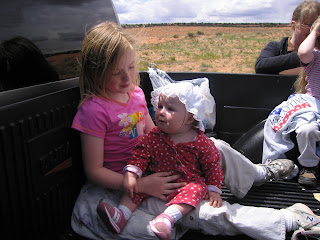 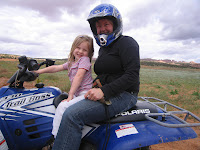 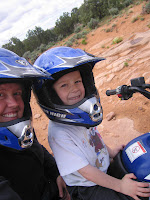 yes, we met on the internet.

I met my husband on the internet.

Lonnie and I met on the internet.

Yes, we met on the internet.

I have to keep practicing that because it still seems so funny to me.

2004-I had quit my job as a teacher at Horizonte Instruction and Training Center working as a teacher in the Young Parent program. I had loved my job but felt like it was time for a change. 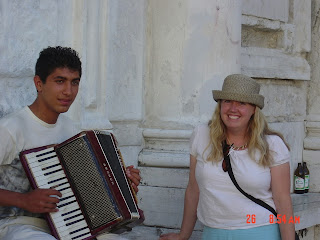 So I went to Europe for a month and then Guatemala, where I had been many times before, to try and start a fair trade dried mango business that would provide jobs for people in an economically depressed area.

When I came back to the United States months later, I decided that instead of going back to Utah, where I had a big group of friends and an extensive social network, I would move back to California. I was raised in California and loved the sun, beach, and tide pools.

With a background in non-profit and fluency in Spanish, I figured I would be able to find a job quickly. Being in California and looking for a job was promising. I had a lot of interviews and contacts. But my social life was non-existent. I was living at my parents house who had moved from Los Angeles, where I grew up, to the San Francisco area. I knew no one. Friday nights consisted of watching movies with my parents and eating Chinese food. I missed my friends in Salt Lake. I missed having intense conversations and relationships. For the first time in a very long time, I was very much alone. I was no longer in a safe place where I could cocoon myself with friends. I needed to reach out into the scary world if I were to even think about meeting someone.

A long time friend of mine in Salt Lake told me about a dating website called LDS Promise. My friend was a psychologist and knew the people who had organized the site (I used his PhD status to justify recommendation I had received to "internet date"). The site was different from other internet dating sites I had seen.

It didn't feel as much like a meat market where you put in your order...

"I'd like a tall, dark, and handsome, medium rare, with a college education, who likes long walks on the beach".

I wasn't exactly sure how I would come off on a dating menu page either...

"Blond, blue eyes, somewhat silly, wants to save the world, not really sure what she is doing with her life right now".

LDS Promise was a little more in depth. As a matter of fact, if I wasn't unemployed at the time, I don't think I would have had the time to fill out the hour and a half questionnaire that was used to match personality types together. Through the wonderful powers of computer logic, the site matches people together who connect on a deeper level. Those two people are then emailed profiles of the other, and then both of them decide if they would like to communicate further and get to know one another. There is no menu to search and find out all the options out there. You either agree to get to know the people who are sent to you or you say that you are not interested.

I met one person through LDS Promise while I was in San Fransisco. He was friendly, smart, and interesting, but there were no sparks. At least, he convinced me that internet dating is not too scary and can even be an enjoyable experience. (Months later, I heard about him being on Jeopardy.)

Through my San Francisco job interviews, I realized that non-profit jobs paid about the same almost anywhere in the United States. In San Francisco, that meant living at the poverty line. In Salt Lake City, it meant I could buy a condo with enough money left over to consider being a foster parent to a child that needed a home. I wanted to have a job that would enable me to have a family.

I accepted a job back in Salt Lake City and moved back in just a couple of months. I had a great home to live in, and I was back with my friends. Although I now had a social life again, I didn't cancel my subscription to LDS Promise. Shortly after coming back to Utah, I was sent the profile for Lonnie. Initially, I didn't think we would have much in common, but I accepted the invitation to get to know him. After a couple emails, we decided to meet.

We met for dinner in early January 2005 at the Rusted Sun Pizzeria in Salt Lake City. During several months of dating, our lives began to grow together, and we fell very much in love. As we began to see the promising future we could have together, we decided to get married. Soon after we got engaged, we went back and had dinner again at the Rusted Sun Pizzeria. While we were sitting eating our pizza, a waiter walked by our table and stopped. Caught off guard, he kind of stammered and then said "Wow, you two sure look happy".

Over the months of dating and getting to know one another, I came to feel admiration, respect, devotion, and passion for this wonderful, kind man that I met on the internet.

relying on the improbable - READ THIS FIRST

I always thought that I would start a family by having a baby in a traditional way, you know...falling in love, getting married, months of planning...then on the predetermined date...candles, a night alone, and then nine painfully pleasurable months later...an amazingly, perfectly peculiar child keeping me up at night. Then over the years, I would bake pies, take the kids to soccer practice and coach the team, make the world more beautiful, vote with my heart, be a friend to those in need, save the world, and be a loving wife as well as a patient mother to my children.

Yet, what I have come to realize, is that my life is not often what I have planned. And, in most cases, life has given me gifts that have been far greater that anything I would have imagined for myself.

It never occurred to me that I would be using the internet as a tool to bring children into our family and home. Yet, for some reason, this method, although possibly less romantic than the way most children come into families, makes sense to me.

I actually met my wonderful husband through a large network of contacts. So it makes sense that our family may grow through the benefit of mass electronic communication.