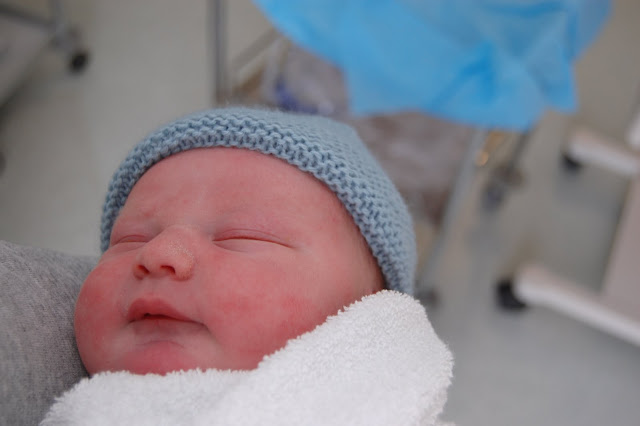 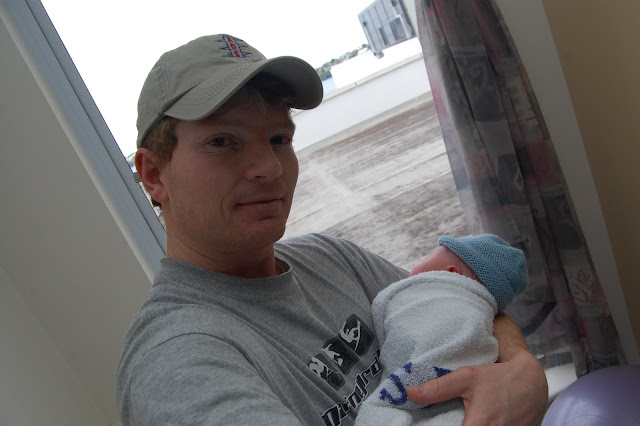 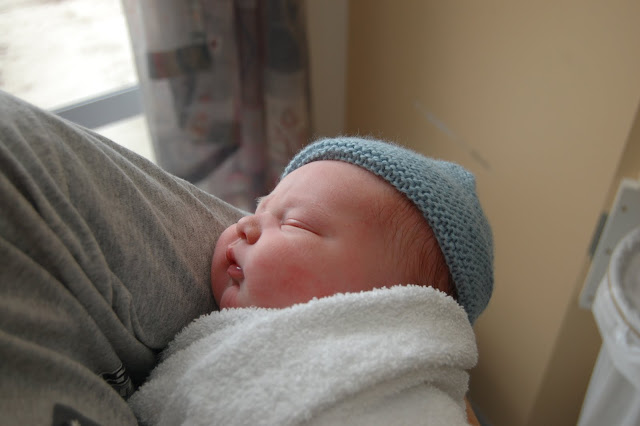 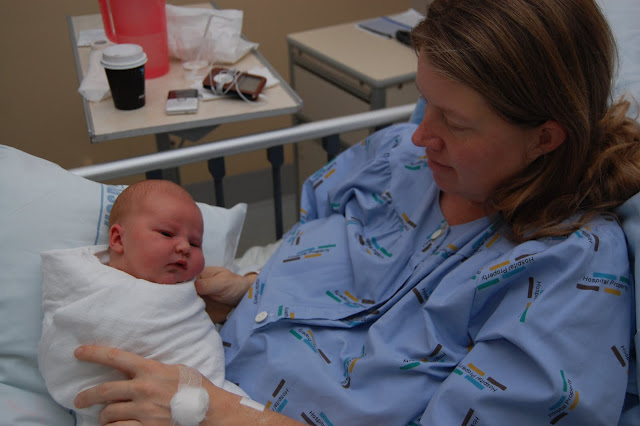 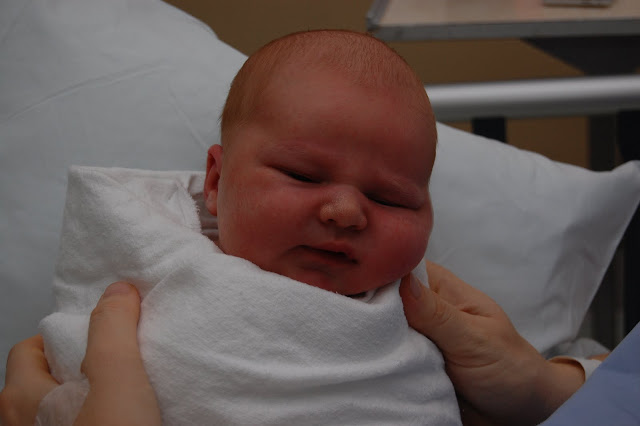 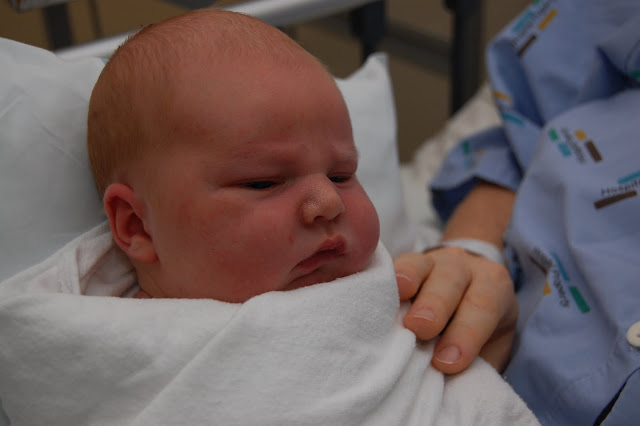 Our yet-to-be-named newborn boy has arrived, and both he and Alisa are well. He was born at just after 12:00 PM (Auckland time) on June 26. He is showing every bit of spending 9 days beyond his due date by weighing in at 9 lb 6 oz. His birth weight is 1 lb more than the combined birth weights of Maya and Max. With his chub, I think he truly deserves a name like Tyrone, but I'm still fighting an uphill battle on that one.
We'll share more details later, but I thought I'd include a few things about the birth story. It started with Alisa's water breaking at 3:30 AM and continued with labor steadily progressing until late morning. With the support of a wonderful midwife, Alisa stuck with her birth plan (e.g., minimal interventions, vaginal birth, baby placed to breastfeed straight away after birth). I'm still struggling to find the words to describe the feelings, thoughts, and emotions that I had during the birth...but encouraged, concerned, hopeful, apprehensive, shaken, amazed, and overjoyed are some of them.
I left the camera with photos at the hospital with Alisa and baby, but I'll post some photos tomorrow.

It is pouring rain outside and my waters just broke.  Off to the hospital  :)
Posted by rusted sun at Sunday, June 26, 2011 7 comments: Links to this post